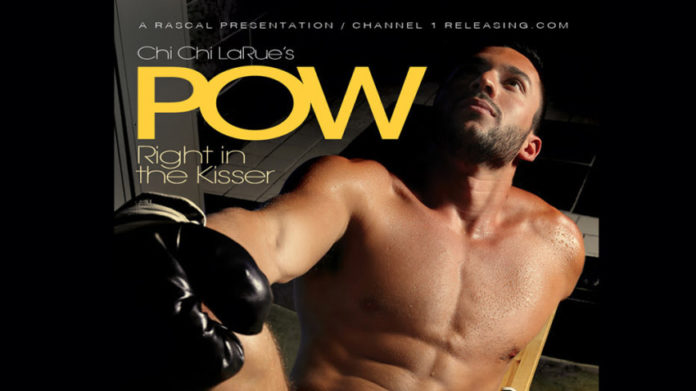 LOS ANGELES—Veteran director Chi Chi LaRue has a brand-new movie out under the Rascal Video imprint and distributed by Channel 1 Releasing. Titled POW—Right in the Kisser, it features a cast who’s more than ready to rumble.

Since 1989, Chi Chi LaRue has been an award-winning director, producing such classics as FLEXX, Daddy Issues, Buff and Scruff, and Hogwild.

According to LaRue, “You gotta fight for your right to take a big load in the face! The gloves come off and these studs throw down! I loved directing this.”

POW—Right in the Kisser will be available for streaming at C1R.com and on DVD at Channel1Releasing.com.