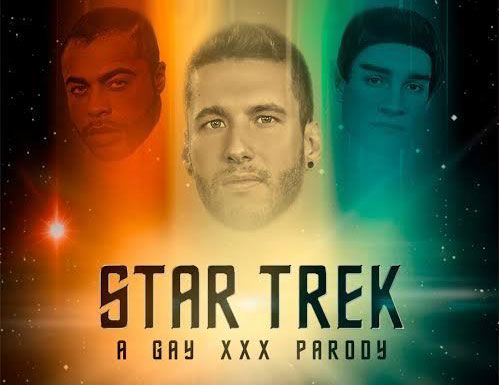 Earlier this year the beloved character Sulu, originally played by out gay star George Takei, was revealed to be gay in the latest “Star Trek” film. Now, gay fans can take their fantasies to warp speed with an adult take on the franchise from Men.com.

“Fans are demanding the inclusion of LGBT characters in the ‘Star Trek ‘franchise,” director Paul Wagner said in a statement. “Captain Kirk and Mr. Spock have long been a popular slash fiction pairing. When we heard about Sulu’s big reveal as a gay character in this year’s ‘Star Trek Beyond,’ we felt it was time to explore the idea of an all gay crew.”

The “Star Trek” parody will be available on Men.com on Oct. 31.