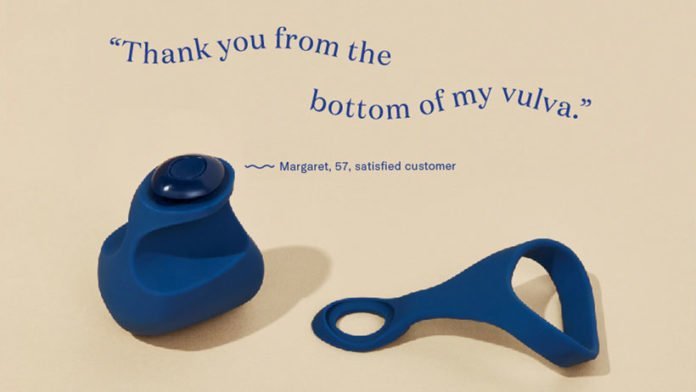 Alexandra Fine and Janet Lieberman, PR-savvy founders of the sex tech start-up Dame Inc, talked about the lawsuit their company had filed against the New York subway company on the American morning show »Today« broadcast by NBC.

The Today Show is still one of the flagships of us daytime television. Many people traditionally start their day by watching the show. And it is still the case that morning television is demographically watched primarily by women. An ideal show for a sextoy manufacturer. Television advertising is usually expensive and for censorship reasons most of the time not possible.

Was it discrimination? Dame launched a lawsuit against the New York Subway

The young company, which has only a few but well-thought-out products on the market in the field of women’s toys, is currently battling in court with the New York subway operator Metropolitan Transportation Authority (MTA). A marketing campaign specifically designed with Outfront Media, the MTA’s advertising company, was stopped at the last moment due to »moral« concerns. The two founders see this as unlawful discrimination and are suing for damages and the right to run the campaign.

Lieberman and Fine report that they have been fighting over the halted campaign with Outfront Media for almost a year. The two are convinced that the right to freedom of expression and the legally guaranteed equal rights were also violated when the women’s campaign was rejected. In return, they want $150,000 damages from Outfront.

Lieberman says in the Today interview: »Advertising has a big impact on the fabric of society. It controls what you see and what you think are valuable products worth spending money on and caring about.«

In order to strengthen their reasoning, the two founders also refer to previous advertising campaigns with sexual connotations and products related to sexuality. For example, performance-enhancing pills and remedies for erectile dysfunction are repeatedly advertised in the New York subway system. Advertisements for cosmetic surgery and breast augmentation have also been placed several times.

MTA doesn’t want to advertise sex toys at all

For its part, the MTA vehemently denies that the rejection of the complaint constitutes discrimination against women. In a short statement, the company points out that »ads for sex toys or devices for any gender are not permitted«. FDA-approved drugs to increase pleasure or alleviate erectile dysfunction are also approved. From the point of view of the MTA, there is no unequal treatment.

Activism can lead to free advertising

Dame Inc probably isn’t unhappy about the lawsuit. Free advertising on the Today Show should be worth many times more than an advertisement in the widely unpopular New York subway.

Nevertheless, Alexandra Fine appears a little annoyed: »What we really want to spend our time on is showing people how to enjoy sex and feel good in their body but unfortunately in order to do that we also need to advocate for and fight for our rights.«

To find out more about Dame and what the company has to offer, click here. You can view the interview with the two founders by clicking on this link.