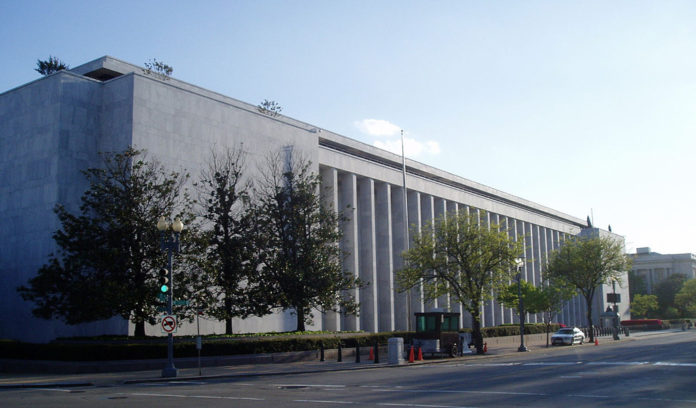 On December 1, 2017, the U.S. Copyright Office went live with its new DMCA Agent database, and revamped the procedures for designating an agent for receipt of copyright infringement notices. For any reader who does not know about the benefits of designating a DMCA Agent, or which sites should take advantage of this procedure, the author’s previous article covering those topics can be found here: http://www.firstamendment.com/dmca-agent/. This article focuses on the recent changes to the procedures and the consequences of failing to comply with the new requirements for designating a DMCA Agent.

First, and most importantly, all website operators or online service providers (“Service Providers”) who might want to claim DMCA safe harbor defenses relating to user-generated content must designate a DMCA Agent using the new automated filing system (“New System”) by December 31, 2017. This includes anyone who has already designated a DMCA Agent in the old, manual filing system (“Old System”), which ceased accepting new filings as of December 1, 2016. Failure to designate an agent in the New System by the deadline (even if you already filed a Designation in the Old System) means your business is left without a DMCA Agent, and without any legal basis for claiming safe harbor protection in response to a copyright infringement claim. Instructions about how to use the New System, and the phasing out of the Old System, can be found here: https://www.copyright.gov/dmca-directory/

Why are they doing this? Supposedly, it comes down to efficiency and accuracy of the database records. The new automated, online agent designation system is superior to the Old System, since submission of the DMCA Agent information to the Copyright Office, and payment of the fee, now take place electronically—and rather quickly. Requiring updated information and renewals will keep the information contained in the Designations more current and accurate—more about that later.

With the Old System, anyone seeking to designate an agent would need to fill out a .pdf form containing all the contact information and associated domain names, which would be sent to the Copyright Office—along with a paper check—and then scanned into the database by a human being who would then manually associate the Service Provider’s corporate name with any and all domains, mobile applications or other “alternative names” used by the Service Provider in business. That information would be uploaded into an antiquated database with limited search capabilities.

Filing a Designation in the Old System would often take weeks, and the online database was littered with errors given its reliance on human data input. Domains would often be misspelled, overlooked and/or duplicated. Each posting would need to be carefully reviewed by the Service Provider (or its attorney) for quality control, and errors would often take weeks (or months) to fix. In fairness to the governmental employee previously responsible for overseeing the Old System, she was given a virtually impossible task, with outdated technology and minimal support staff. That person is no longer with the U.S. Copyright Office, and given the automated nature of the New System, it appears that no individual will be responsible for overseeing it.

The Old System was actually being phased out months before the New System went online in December 2016. Widespread reports have indicated that Designations of Agent sent to the U.S. Copyright Office in the months leading up to the launch of the New System have been uniformly ignored, and not posted in any database. Notably, the filing fee checks were cashed by the government, but many Designations have not been processed or posted online. This may result in some dramatic consequences for any Service Providers who believe they have submitted valid Designations during this ‘doughnut hole’ between the end of the Old System, and the launch of the New System. If you recently filed a Designation in the Old System database, but it does not appear in this database, Copyright.gov/onlinesp/list/a_agents.html, it may be gone for good. The best solution is to immediately file a fresh Designation in the New System, and confirm that the information is posted here: https://dmca.copyright.gov/osp/search.html?key=exposedonth.net&action=search. Any Designation submitted to the Old System will become invalid anyway, as of December 31, 2017, so a new Designation submitted in the automated system will be required by the end of the year for all Service Providers. Instead of wasting time trying to track down the status of a Designation filed in the Old System, simply file one in the New System and move on.

The one piece of good news in all of this chaos is that the filing fee for submitting Designations has gone down from a minimum fee of $135 to a flat fee of $6. That’s a substantial drop, but reflects the lack of any real human involvement in the process. The bad news is that Designations are no longer permanent like they were in the Old System. Again, all Old System Designations will expire on December 31, 2017. All New System Designations must be renewed every three years by filing a renewed Designation. If you amend a Designation on file in the New System, the three-year renewal period starts over. Apparently, the U.S. Copyright Office will send out reminders of any impending renewal deadline to the email address of record, but separate calendaring of this filing deadline by the Service Provider (or its attorney) is highly recommended. It is difficult to predict how the system will work in three years.

One other change in the procedures is the requirement that Service Providers submit a telephone number and email address when submitting a Designation. Previously, that information was not required. Notably, the telephone number and email address will not be posted in the database, but will be maintained in the internal records of the Copyright Office.

Ultimately, the confusion and inconsistencies will be corrected due to the passage of time, and the elimination of the Old System at the end of 2017. For now, it is essential for Service Providers to carefully review their Designations for accuracy and continued validity. Multiple calendaring systems should be implemented to ensure that renewal Designations are filed on a timely basis. Given the importance of correctly filing and maintaining a DMCA Agent Designation, many Service Providers chose to have an attorney act as their DMCA Agent, and oversee the process. While filing the Designation of Agent in the New System is not rocket science, attorneys tend to be meticulous with filing procedures and deadlines. Moreover, since a website’s DMCA contact form or email address is often used by third parties for a wide variety of legal notices, claims, subpoenas, search warrants, and preservation notices, a licensed attorney will be able to quickly escalate any non-routine legal correspondence, and ensure timely compliance with legal obligations. Regardless of your choice of DMCA Agent, it is essential to remain up to date on the changing legal requirements for filing and renewal of DMCA Agent Designations with the U.S. Copyright Office.

Lawrence G. Walters heads up Walters Law Group, and represents clients in all facets of adult media. Nothing in this article is intended as legal advice. Mr. Walters can be contacted via his firm’s website, FirstAmendment.com, or Twitter: @WaltersLawGroup.

Photo by Matt H. Wade from Wikipedia of the James Madison Memorial Building of the Library of Congress, which houses the United States Copyright Office.