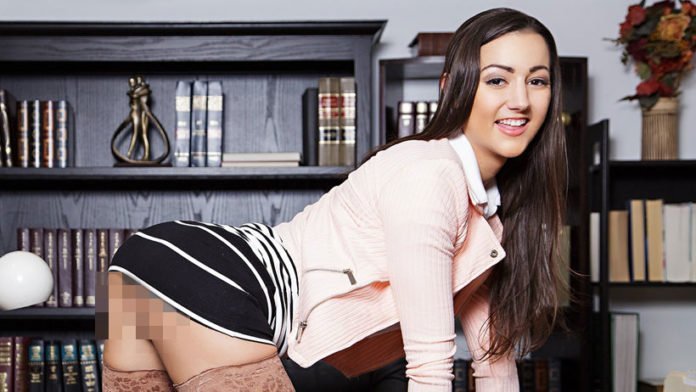 Furthermore damning for Bree Mills is the fact that Adams claims to have brought her experience with Stills By Alan to the attention of the star director. However, she had not been taken seriously by Mills. On Twitter, Adams wrote: »I then confronted Bree about it and she denied it all to be some crazy fan trying to ruin her business, which is ridiculous because absolutely nobody knew what happened that night except Alan and me. (Unless HE told others). But to see that, to read that, I know whoever sent that is telling the truth. All those details are far too true to simply be made up by some “crazy fan”.«

The President of Gamma Entertainment has issued a tight-lipped statement about the events:

In regards to recent comments made concerning one of our contracted directors, Gamma Films Group Inc. is proactively encouraging, supporting and cooperating with the individuals involved to report their statements to the appropriate authorities to ensure that there will be a thorough legal investigation.

As a company, Gamma Films Group Inc. takes these comments very seriously. We care tremendously about the adult industry and the safety and well-being of everyone in it. We will also be opening an internal investigation and, until further notice, have suspended all Gamma Films productions through Stills By Alan and SBA Creative Concepts.

To my peers and fellow adult fans,

I understand the concern and confusion that many of you are feeling right now over the fact that I have yet to make a personal public comment on the statements that were posted online several days ago. As an individual, I wish nothing more than to be able to share my perspective. However, this is not about me as an individual. An extremely serious statement was made, one that I, alongside Gamma Films, am actively encouraging be brought to the appropriate authorities by both parties involved so that an official and legal investigation can take place. Due to this position, I will not be making any public comments on these statements except to cooperate fully with any investigation that does take place.

Please know that, while I have not been active on social media, I have been very active in real life — communicating our company position at multiple levels and to multiple individuals, suspending one of our largest production operations, speaking directly with any and all performers who have reached out to me, and setting up for a thorough internal investigation to take place that will cover the wide spectrum of Gamma Films’ activities and representatives, including myself, who will be actively cooperating to ensure that all aspects of my leadership and conduct are reviewed. This will be done in conjunction with the drafting of formal, documented codes of conduct for all persons representing Gamma Films and our studios.

Girlsway productions will resume in the coming weeks, led by producers who have reviewed and signed off on these new guidelines. We will ensure that regular public communication is made and that there will be no toleration for misconduct.

Since moving to Los Angeles and becoming a full-time director two years ago, I have been blessed to have worked with over 100 performers — many of them multiple times and across all different communities. I care deeply about the safety and well-being of performers. My greatest professional motivation is to see an actor shine on set, to create alongside them, to write stories with them, to bring their ideas and suggestions to life, to watch their adrenaline rush after acing a 10-minute long improvised acting sequence in one take, to see the pride they feel for having an opportunity to show the world the talent they have, not just as sex performers, but as entertainers and actors. This is why I am in this business. This is what I want this business to be about. Anything less than that is unacceptable.