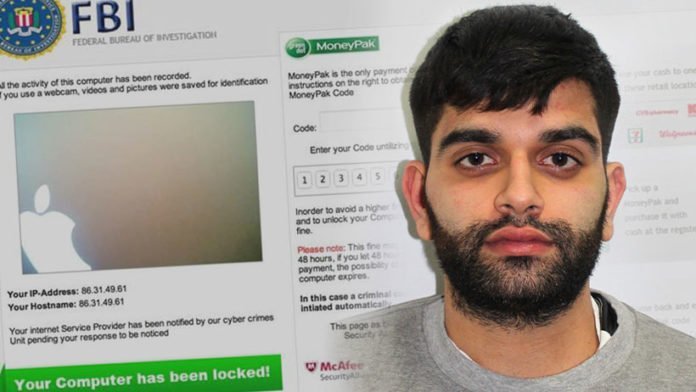 In reality, when the victims clicked on the advertising banner, they downloaded hidden malware onto their computer, allowing Qaiser to defacto take over the user’s computer. Then the blackmail began.

Fake message from the FBI

A sophisticated advertising campaign with malware

After activation, the software took control of the user’s device and superimposed a fake message from the F.B.I. This message contained a threat and the claim that the FBI had made photos of the user without their knowledge and that the victim was about to be prosecuted for downloading illegal media unless the user paid a $200 fine immediately. Apparently, tens of thousands of victims just paid.

Qaiser got exposed through internal investigation of a Canadian advertising network. When this company withdrew his ads from circulation, Qaiser threatened the company with hacking attacks. Instead of giving in to the bold blackmail attempt, the company turned to the authorities for help. There are many similar scams, many of which even work without malware. Qaiser’s method worked for several years. Now the hacker has to go to prison for six years.