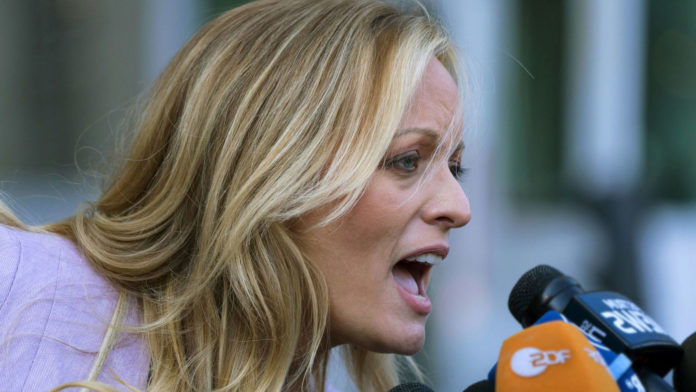 Many people think that from a legal standpoint Trump is his own worst enemy. His public comments and tweets on legally complex issues keep making his problems bigger. And Stormy Daniels’ current approach to get the most powerful man on earth in court also is a direct consequence of one of his many tweets.

Trump tweeted on April 18 on a sketch Daniels made public allegedly showing a man hired by Trump to intimidate her. The President whose Twitter account has more than 51 million followers tweeted: »A sketch years later about a nonexistent man. A total con job, playing the Fake News Media for Fools (but they know it)!«

The actress said in several interviews that she was approached by a man in his 30s or early 40s in 2011. According to Daniels the man made threatening remarks while she was with her daughter and demanded that she keeps silent about her affair with Trump.

The suit claims: »Mr. Trump’s statement is false and defamatory. In making the statement, Mr. Trump used his national and international audience of millions of people to make a false factual statement to denigrate and attack [Stormy Daniels]. Mr. Trump knew that his false, disparaging statement would be read by people around the world, as well as widely reported and that [Daniels] would be subjected to threats of violence, economic harm and reputational damage as a result.«

It is not the first suit the actress launched against the embattled President. Stormy Daniels sued Trump and his scandal-ridden attorney Michael Cohen to nullify a nondisclosure agreement she signed for 130,000 shortly before the election in 2016. As long as the agreement stands the actress is in violation of it whenever she talks about the alleged affair. Cohen filed a motion to delay the suit on the ground that his home and offices had been raided by the FBI. Judge S. James Otero agreed to a delay and set a new date for July 27.