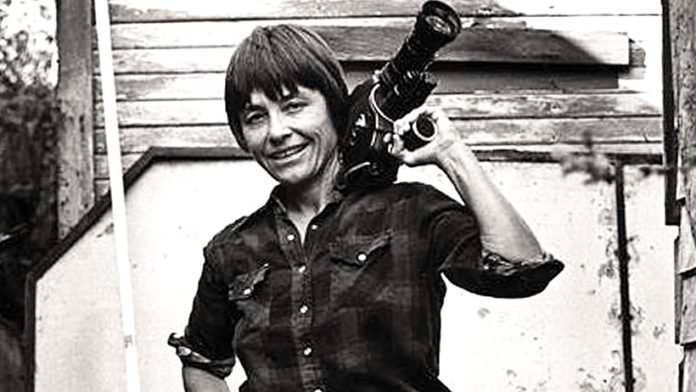 The award-winning filmmaker Barbara Hammer died at the age of 79 in New York. The groundbreaking director is generally regarded as a leading pioneer in the cinematic representation of lesbian sexuality.

The director was born in Hollywood and studied psychology and English at UCLA. She began studying film at San Francisco State University in the early 70s. Her 1974 short film »Dyketactics« is considered by many to be one of the first cinematic works of art to show authentic lesbian representations.

Her films were shown at the Museum of Modern Art and the Tate Gallery and were thus among the important artistic milestones that brought lesbian sexuality into the mainstream of society. But in the 70s her sometimes rather experimental movies ran in a seemingly harmonious neighborhood with pornographic pictures of the time.

Her award-winning film »Nitrate Kisses« from 1992 earned her a lot of international attention. In the following year,s her work was honored with numerous awards.

In later years, Hammer taught film in Saas-Fee. Her papers were already bought by Yale University during her lifetime. She was never honored with an Oscar, but many of her movies are currently being restored by the Academy of Motion Picture Arts and Sciences. The director did a last interview with the author Masha Gessen for the New Yorker.