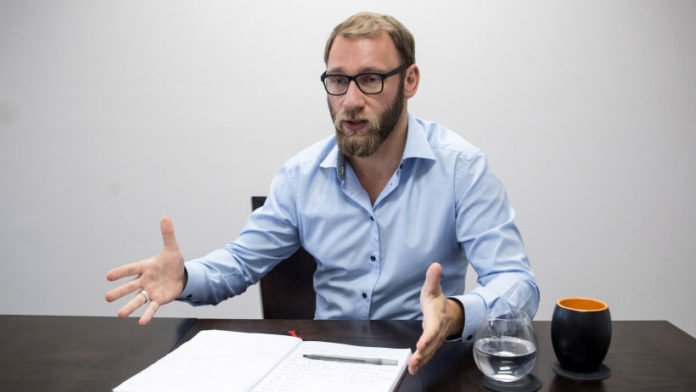 The Free Speech Coalition, the influential US sex industry trade association, announced that its chairman, Eric Paul Leue, who was frequently featured in the media, will step down from his office.

Eric Paul Leue, who has stood up for performer rights and acted as a progressive voice, resigns in turbulent times. The US sex industry is under enormous pressure from the Trump government and growing censorship efforts in many countries in the world.

Below you will find the Free Speech Coalition’s (FSC) statement on the resignation of its high-profile chairman Eric Paul Leue:

Eric Paul Leue will leave his position as Executive Director of the Free Speech Coalition at the end of the month to return to direct work in the public health sector, the Board of Directors of the FSC announced this morning. His last day will be July 31.

Ian O’Brien, Senior Director of Programs and Operations, will act as interim head until a replacement has been found. Leue will also help guide the transition.

»We were lucky to have Eric for as long as we did, and we wish him well,« said FSC Board Chair Jeffrey Douglas. »In just a few years, Eric proved to be one of the most consequential leaders the organization and the adult industry has had. We will miss him immensely.«

As an HIV activist and educator, Leue was also instrumental in developing an effective relationship with Cal/OSHA and the Department of Public Health. During his tenure, Leue continued to serve on the Los Angeles County Commission on HIV as a community stakeholder representative.

From the start, Leue sought to reshape and modernize the FSC into a trade organization that advocated not only for employers but also for the workers, the performers and the communities to which they belong. Under Leue’s leadership, FSC expanded performers’ access to healthcare, including PrEP, and fought for more advanced testing protocols.

The FSC budget grew significantly under Leue’s tenure, allowing the addition of O’Brien to the staff. Leue’s fiscal management placed the organization in a stable financial status, earning great respect with the industry’s leadership.

»I wanted the adult industry to have a place at the table,« said Leue. »‘Nothing about us without us.’ I am proud of the bridges we’ve built, and our financial stability, and I am confident that these past three-and-a-half years have helped lay the foundation to build a stronger, more respected and more inclusive industry.

»I want to thank the continuous commitment of our members, my team, all the volunteers, APAC, and those who came before me in the creation of the FSC. Most importantly, I want to thank the Board of Directors for their extraordinary commitment, their guidance and support. Without the support of the community, we wouldn’t have been able to achieve even half of what we did. I am proud to have been a part of the legacy of this 28-year-old organization.«

If you want to know more about the group’s work you might want to visit its website.