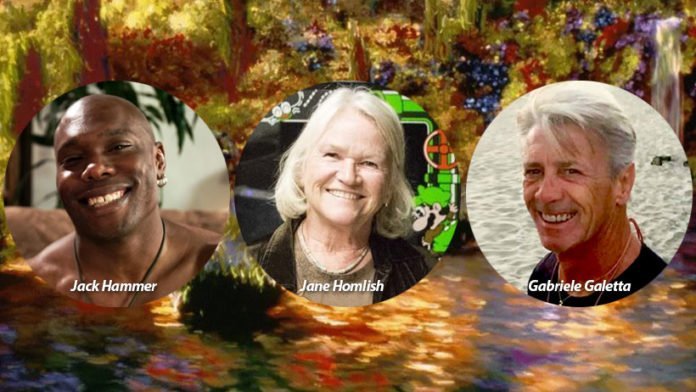 In February and March the industry had to mourn several deaths. In addition to Jane Homlish, the long-time right hand of Penthouse founder Bob Guccione, Gabriele Galetta, the cousin and co-producer of Rocco Siffredi, and the well-known Kink performer Jack Hammer also died.

The longtime assistant to the Penthouse founder, Jane Homlish, died in February at the age of 69. Homlish, who worked for the legendary magazine from 1971 to 2006, was regarded by many as the good soul and as kind of a mother figure of the company. In the documentary »Filthy Gorgeous: The Bob Guccione Story«, she was one of the most important contemporary witnesses for the filmmakers to tell the story of Guccione’s heyday. Her own work was honored in an article in the New York Post.

The Grande Dame of Penthouse had dropped out of college in the early 1970s and, like many of her contemporaries, had traveled the world on a spiritual journey to find herself. After her return, she applied for a job offer for a receptionist. This was her entry into her career at Penthouse.

Besides her work for Penthouse, she also acted as a personal art buyer for the publisher’s art collection. About her working relationship with Guccione, she said in an interview, »I spent more time with Bob Guccione than anyone in his family, including his wife.« She said they shared many views on religion, art, and became good friends. With her, the industry is not only losing one of the most important contemporary witnesses of the heyday of adult magazines, but also one of the leading figures of the declining adult brands of the golden age of the industry.

Siffredi reported Galetta’s death via his Instagram account with deeply mourning words: »Today is the saddest day since the death of my mother on March 15, 1991. The great Gabriele, my cousin, my best friend and greatest supporter, my greatest fan, my greatest source of inspiration, the person who made me who I am today, the man who loved my world the most, the man who never gave himself a moment’s rest, the creator of the Accademia, the friend of all, the man with the golden heart.«

Galetta had a strong influence on his cousin’s productions, often writing the screenplays and contributing witty, cheeky ideas that set the style for the Siffredi films.

Kink’s CEO, Alison Boden, issued a statement on the actor’s death: »Everyone at Kink is grieving the loss of a great friend, mentor and performer today. Jack has been a beloved part of the Kink family for over a decade and we will never forget his kindness, complete authenticity, or his incredible laugh. There are truly no words to express how much he will be missed. Our hearts go out to his family, many friends, and colleagues who are deeply saddened by his passing.«