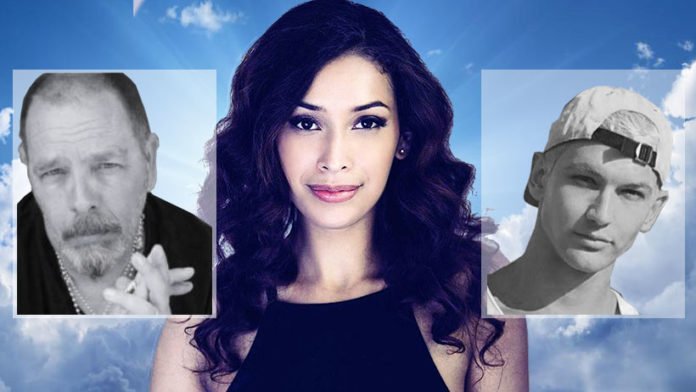 The actress started her career in 2016 and worked for numerous studios like Bang Bros, Reality Kings, and Team Skeet. Her last title was Kelly Madison Media’s Split Screen 2.

APAG, an actor’s advocacy group, commented on the death by saying it wants to provide support to the family. The funeral itself will take place within the family and outside of the public eye. At the Fetish Con in August, where Kitty Catherine wanted to appear, she will be commemorated with a commemoration ceremony.

Dymel has worked in front of the camera for various studios during his career but became famous for his movies for Falcon and Naked Sword. Numerous colleagues and friends expressed their condolences on Twitter.

Falcon Studios wrote: »We are all heartbroken about the loss of Jay Dymel. Not only was he a bright star, he was a loving and caring man and friend who was embraced by so many. We send our deepest condolences to his family and friends in this time of loss and sadness.«

The fact that the cause of death has not yet been made public has given rise to speculation. When asked by worried fans, director Steve Cruz replied via Twitter: »We’re supporting his partner thru this unexpectedly tragic time. @mrPam is physically at the hospital now. This isn’t a mental health issue. Humbly we ask…Please don’t presume to know, but please mourn with us.«

We’re supporting his partner thru this unexpectedly tragic time. @mrPam is physically at the hospital now. This isn’t a mental health issue. Humbly we ask…Please don’t presume to know, but please mourn with us. 💔

Vivid sales manager Howard Levine, who was a well-loved figure in the industry, died on June 26. He succumbed to his cancer after a long battle.

Marci Hirsch, sister of Vivid co-founder Steve Hirsch, commented on the death of her long-time colleague with a reference to Levine’s humor: »The world is a little less funny today.«

Steve Hirsch also commented on his sales manager, whom he had met in 1986: »He worked for General Video and I immediately noticed that he was really good at selling and motivating others. When it came time for Vivid to hire a national sales manager, he was my first and only choice. He was a gifted salesperson. It just came naturally. Some things can’t be taught.«

Numerous colleagues commented on Levine’s death and published short anecdotes about him. Levine leaves behind his wife Louise, a daughter and a son. The funeral took place on July 7 in Simi Valley, California.