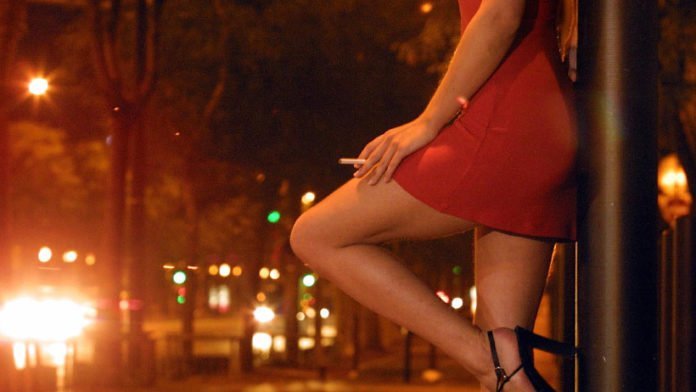 There are increasing reports of racist and discriminatory attacks against European sex workers in the UK. Sometimes activists claim there are even deportations that are illegal under EU law.

Most Europeans are now probably annoyed by the Brexit circus of the deeply divided British. Although the broadcasts from the House of Commons are amusing and worth seeing, on the one hand, because of the lively culture of debate and on the other because of the charismatic speaker John Bercow, the indecisive way in which the EU is leaving is a strain on the nerves of companies, private individuals and politicians throughout the EU.

The British, who have had a special status in the EU for decades, apparently go so far as to break EU law even before they actually leave the union. According to reports in the not always reliable newspaper »The Independent«, however, more and more sex workers from the EU are currently being arrested, discriminated against and in some cases illegally detained and deported by British authorities. The number of right-wing extremist attacks against EU citizens on the island is also on the rise.

The English Collective of Prostitutes (ECP) has published a dossier describing numerous cases of women who have been arrested and deported by the British police despite having a right of residence. If this is the case, the UK is acting illegally.

An ECP spokeswoman said: »Since the Brexit vote, racist attacks on migrant sex workers have gone up, particularly against those of us who work on the street. We work for a living, like other workers, and our families and sometimes whole communities depend on the money we earn.«

The organization claims that the British authorities have identified sex workers as easy victims because the profession is not officially recognized in the UK, which is why there are often no usual documents. In order to be allowed to stay in the UK permanently, you have to prove a regular income, which is not possible for sex workers due to the legal situation.

According to the ECP, this legal gap is being exploited on a massive scale to take action against EU citizens. However, since prostitution is not prohibited in the UK, it is contrary to EU law and a violation of free movement.

Niki Adams is a member of the ECP. She says: »Migrant sex workers from EU countries like Romania, Albania and Poland do have the right to work in the UK, but they have been picked up and deported. The police were doing things like confiscating a woman’s travel documents or passport and saying, ‘We will only give this back to you if you produce a one-way ticket to Romania.’ They took advantage of the fact there was a lot of racism against migrant people generally.«

British police allegedly refuse to help in case of danger

According to ECP, sex workers are even denied help by the police. »It was very worrying to learn of a couple of sex workers on the street being threatened by very violent gangsters and a custody sergeant say, ‘Are you telling me you are a prostitute? Because if so, I’m going to arrest you’. For migrant workers, everything is compounded – the sexism, the criminalization and the racism, and then the hostile immigration environment.«

The British police claim that the ECP cites cases where perpetrators have repeatedly become in conflict with the law. The ECP dossier is called »Sex workers are getting screwed by Brexit«. It contains 20 individual cases of women who claim to have been systematically persecuted by the authorities.

The Association writes: »The UK should be ashamed. Migrant sex workers must be free to report violence or harassment without fear of deportation. Predators are already aware of our inability to ask the police for help, and racist policing triggered by Brexit directly increases the danger.«

The British authorities remain stubborn and denying systematic discrimination: »We only return those with no legal right to remain in the UK, including foreign national offenders. We have no plans to change the law around prostitution, but we are committed to tackling the harm and exploitation associated with sex work.«