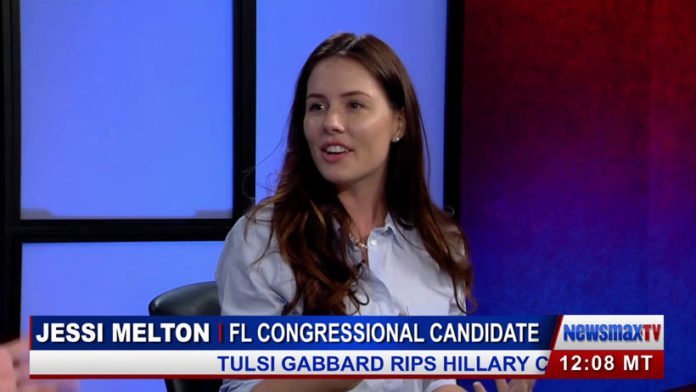 The Boca Rota-born state politician Jessi Melton embarks on a campaign against pornography. Her entire political career seems to be geared towards the eradication of pornography. In her opinion, the industry is part of the largest criminal network in the world.

On Instagram, Melton communicates as extreme and undifferentiated as her President. In her short bio, she cites as interests the Republican classics »God, America and 2A«. Religion, nationalism and the right to own weapons – a narrower world view doesn’t seem possible.

In her own words, it all sounds like this:

The overwhelming majority of adult film stars are victims of some form of sexual abuse, child molestation or human trafficking as a minor. No one wakes up suddenly one day and decides they want to be in a pornographic film. They are victims, as are the consumers of the content itself.

We need to go after those who are profiting off of broken families, broken women and abused children, not the performers and consumers. It is destroying our women and our families.

Whether we target this industry at the state or federal level is yet to be determined, and it is important that we consider and respect our constitution throughout the process.

Speaking of the constitution, it would be good advice to respect the right to self-determination and freedom of expression and to leave room for the traditional US values of the free pursuit of happiness, instead of using repressive ideas from the moralizing repressive 1950s of the 20th century, which brought nothing but suffering to people.