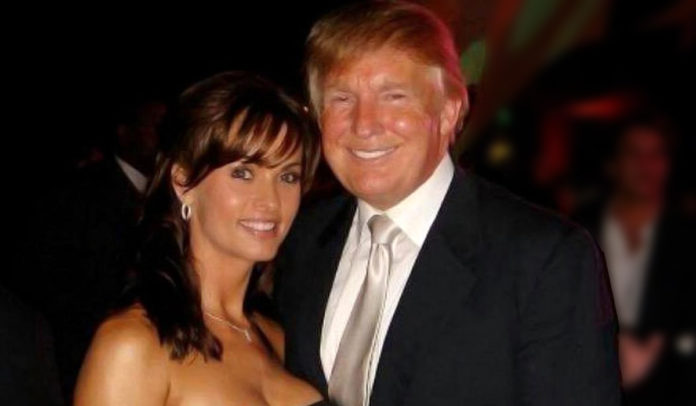 The former Playboy model Karen McDougal was able to free herself to talk again about her alleged affair with President Donald J. Trump by settling a lawsuit with the publisher of the National Enquirer. The company agreed to free the model from the exclusive contract so her lawsuit against these kinds of hush money arrangements wouldn’t proceed.

The model was relieved after the settlement. In an interview with USA Today she said that she feels like this »restores to me the rights to my life story.«

The settlement not only frees McDougal from having to keep quiet but also lets her keep the 150,000 the publishing house paid her. American Media will keep profiting though from future revenue the model gains from her story.

McDougal stresses the point that she was not trying »to achieve any financial gain.” She added: »I am relieved to be able to tell the truth about my story when asked, and I look forward to being able to return my private life and focus on what matters to me.«

While Trump denied any relationship with McDougal she claims to have had an extended affair, much more significant and longer than the one night stand with Stormy Daniels. As part of the settlement, McDougal will be featured on the September cover of Men’s Journal, another magazine owned by American Media. All this spells trouble for Trump but also for any other deals where a story was acquired to bury it.