After the Age Verification legislation in Great Britain has been put on hold for reasons of its Brexit chaos, there is now a new attempt to make the British Internet – depending on the point of view – more secure or harshly censored. Ofcom, the regulatory authority for telecommunications, will be responsible for monitoring the online well-being of the population and – according to the government – will better protect young people from inappropriate content.

The British government has entrusted the regulatory authority Ofcom with monitoring the Internet. This is to ensure that online platforms comply with rules designed to guarantee a higher level of user safety.

Although the mandatory age verification and registration have disappeared into legislative nirvana, for the time being, the control of Ofcom is intended to keep all content and forms of communication considered harmful away from the British.

Ofcom itself seems to have positioned itself with a specially made study to get the task assigned. According to this study, 61% of adults and 79% of all British teenagers between the ages of 12 and 15 have had »potentially harmful experiences« online. Data protectionists and freedom of speech defenders are likely to be nervous about such vague wording.

The justification for the protection of minors has often been used when it comes to taking action against adult content. But the censorship that goes along with it restricts the freedom of art and expression and endangers whistleblowers and severely limits civil disobedience and extra-parliamentary opposition.

The government statement says: »The regulator will play a key role in enforcing a statutory duty of care to protect users from harmful and illegal terrorist and child abuse content [and] is another step toward achieving the government’s pledge to make the U.K. the safest place in the world to be online. Ofcom will get new powers to carry out its extended responsibilities. This will include making sure online companies have the systems and processes in place to fulfill the duty of care to keep people using their platforms safe.«

The Secretary of State for Digital Affairs, Nicky Morgan, said: »With Ofcom at the helm of a proportionate and strong regulatory regime, we have an incredible opportunity to lead the world in building a thriving digital economy, driven by groundbreaking technology, that is trusted by and protects everyone in the U.K. We will give the regulator the powers it needs to lead the fight for an internet that remains vibrant and open but with the protections, accountability and transparency people deserve.«

Child welfare group Barnardo welcomes the move and believes the government’s action is overdue. Javed Khan, the association’s chairman, says: »[Minors] face growing risks online, including cyberbullying, sexual grooming and exposure to self-harm forums. We cannot expect children to protect themselves. Instead, we need a regulator to act without delay. To do so, it will need the necessary powers to carry out work effectively and to hold tech companies to account. Barnardo’s looks forward to working with the government to ensure children are safe online.«

Under the new rules, online platforms must establish and enforce very clear rules about the content and methods of communication accepted on their sites. However, smaller companies are exempt from this obligation. In essence, strict enforcement is to be targeted only at major internet companies. Allegedly, only 5% of British online companies will be affected at all.

Ofcom will not only monitor the companies but will also advise them and provide assistance in implementation. The British government has announced further information for next spring. 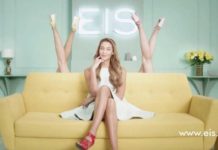 Growing Demand For Sex Toys and Condoms In Germany 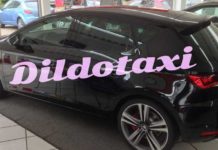 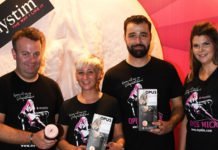 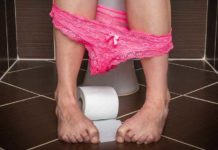 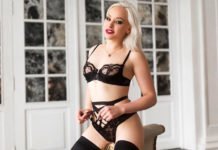