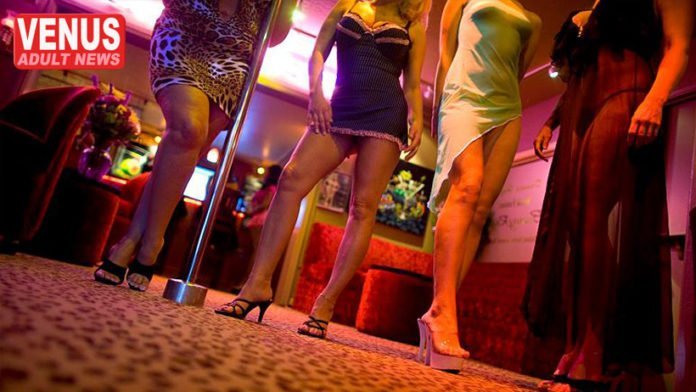 As feared by many, the Corona crisis is apparently being used to settle old grievances against a free and liberal society. The first German MPs have published a joint demand that brothels should not reopen at all – in other words, not even after the epidemic. This is an obvious abuse of the infection prevention for a political campaign, which is likely to weaken the backing for all lockdown measures.

It is probably obvious to everyone that clubs, discos, massage studios and brothels had to close down in the course of the fight against the spread of the corona virus. So far, however, the clear language for all corona-related measures has been that they are temporary. It was to be feared from the outset that in the case of unwelcome sectors, it would be possible to wait until the businesses attached to them had to give up their existence before reopening. Now it is clear that some politicians want to go further and abuse the measures to prevent infection to change laws and basic regulations without prior democratic legitimation.

Under the guise of corona prevention, a letter to the prime ministers signed by 16 members of parliament from the CDU and SPD initially states that prostitution should be excluded from the easing of restrictions. The reason given is the necessary physical closeness in the practice of the trade: »It is probably obvious that prostitution would have the effect of an epidemiological superspreader – sexual acts are generally not compatible with social distancing.« Furthermore, according to the politicians, it is to be assumed that visits to sex workers are concealed and thus it would not be possible to trace infection chains.

In this way the politicians are turning the stigmata of customers and sex workers, which were partly promoted by politicians, against the very existence of the industry. Instead of recognising the need for special protection, simply everything should be banned. In doing so, the politicians are gambling away valuable trust concerning the temporary nature of the corona measures. Because if this plan gets momentum, in future pandemics one will certainly not be able to count on the basic trust of particularly vulnerable industries. This is a dangerous game that threatens the existence of many sex workers and has been signed by some prominent parliamentarians. Among the authors of the letter are also Karl Lauterbach (SPD) and the former Minister of Health Hermann Gröhe (CDU).

The fact that it is obviously not only about the danger of infection, but about winning an old and controversial social debate through the back door is also shown by the clichéd side statements of the letter. The news magazine DER SPIEGEL writes: “Moreover, politicians want to prohibit sex buying in principle. In most cases it is a degrading, destructive and misogynist activity that women are forced to engage in.

The widespread acceptance of the corona measures in the sex and club business will thus lose crucial support, and the consequences of half-hearted political decisions seem to be insidiously used against the industry, SPIEGEL goes on to say: »The current closure of prostitution establishments confirms that the women have no existence of their own – no registration, no home and no health insurance. They are at the mercy of their pimps.«

Finally, in a generalising and patronising manner, the MPs’ letter reads: »It is not the reopening of brothels that helps these women, but rather training or employment in a sustainable profession.« But what about bars, clubs, fairs, swimming pools, saunas and massage parlors? Should they all close down forever because they could potentially become sources of superspreader events? Will all social aspects – even after Corona – be considered in future from the point of view of maximum protection against infection? If so, this would require new elections. Corona does not provide democratic legitimation for permanent changes in our society. If not, why is sex work singled out? It is not obvious why physical proximity would be so much more dangerous in sex work than in other industries and professions where social distancing cannot work forever and where nobody is calling for a complete ban.