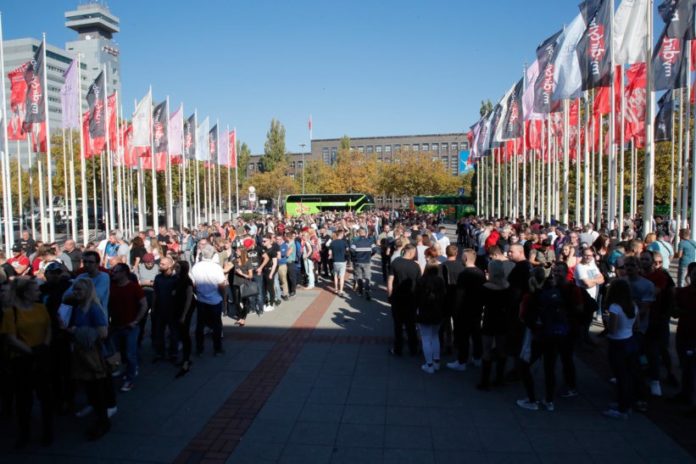 The 22nd VENUS was again a huge sexpositive, cheerful feast: loud, colourful and complex, like life itself. Numerous exhibitors were pleased with the immense crowds of visitors, fans had the opportunity to do selfies with their favourite star, Micaela Schäfer, the face of VENUS visited many booths and large crowds of visitors and press teams gathered whenever Stormy Daniels walked through the halls. 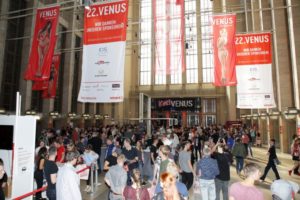 Few adult fairs are as diverse as VENUS Berlin. The 22nd edition on the Berliner Messegelände demonstrated this once again. Those who made their way to the fair to immerse themselves in the unconventional charm of the VENUS Berlin have been rewarded richly. Information on new Sex Toys from exhibitors such as LELO and Mystim, a look at some great start-ups in the sex toy and app segment, live shows, conversations and photo sessions with German and foreign stars such as Texas Patti, Little Caprice, Lola Taylor and Annie Aurora and of course the opportunity to say hello to Stormy Daniels.

The strong attendance of numerous sex doll companies was highly visible, some of which had come to Berlin for the first time. The number of exhibitors in this field doubled from 2-3 last year to at least 6 this year. The stand of RS Dolls was again very popular and its spectacular range of products enticed numerous visitors and journalists to conversations with the representatives of the company.

The industry seems to be on the upswing, but still faces many problems and questions: The production of a doll often still takes a whole day. Obviously, there is still disagreement among manufacturers as to which material is most suitable for efficient mass production, silicone or TPE? Many of the manufacturers from Asia and New Zealand are swearing by TPE, but the global trend seems to be moving towards more expensive silicone. Some of the manufacturers are working on sex robots, others are still observing the situation and consider the available technology not yet fully developed enough.

the sex toy market, the effect of an expired patent in the USA that made it difficult for many companies to offer app control for their toys is becoming increasingly noticeable. Small start-ups such as Eighteenplus and Lovely Fun displayed their app-controlled sex toys at VENUS, as did global heavyweights such as LELO, whose booth compared to the previous year was expanded into a playground, including a racing car simulation that was enthusiastically enjoyed by numerous visitors.

As in the previous years, the fair also featured specialized suppliers from the cosmetics and clothing industries, traditional DVD sellers whose strong presence seems to contradict the industry-wide complaints about the declining business with DVDs, beverage manufacturers, numerous studios and cam providers.

In addition, there were stages for live shows, some of which were also temporarily available at smaller booths. With a lot of time and patience, many camgirls devoted themselves to their fans.

Micaela Schäfer again was present all over the fair ground this year and was buzzing around at numerous booths for shows and meetings with her fans. 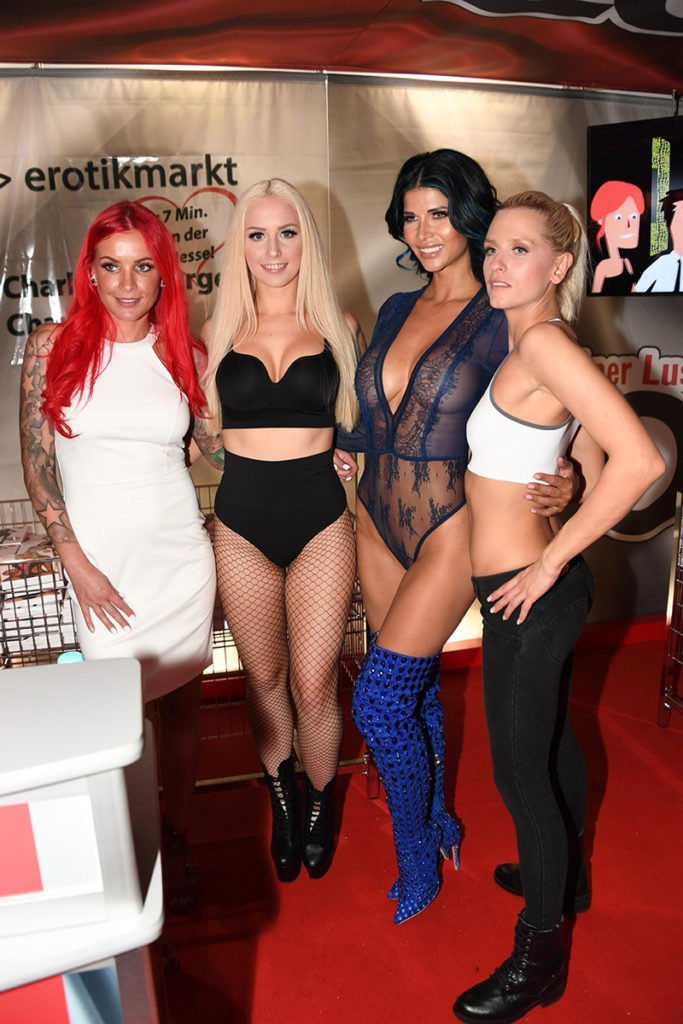 Lola Taylor was seen on the big show stage several times and offered private shows at her own booth. World stars like Texas Patti, Annie Aurora and Little Caprice shared a big stage to pose for fans, sign autographs and chat with their followers.

The 22nd VENUS was of course strongly marked by the presence of Stormy Daniels. You can find our interview with her here. On Thursday Stormy Daniels opened the fair and gave numerous interviews.. 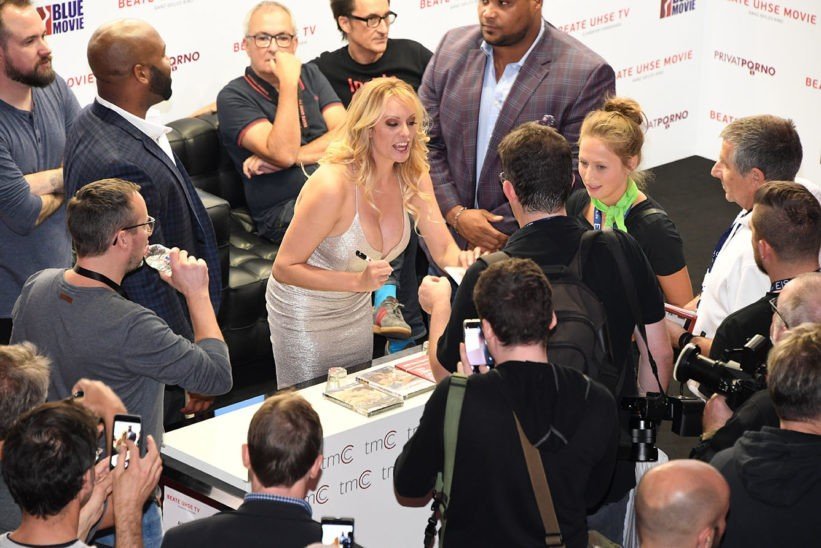 Those who needed a little break from the hustle and bustle of the fair could choose between pasta, swedish meatballs called köttbular, pizza and currywurst and discuss what they had seen with their companions or random sitting neighbours or compare the photos they had taken themselves in the culinary section of the business area.

On Sunday the VENUS closed its doors for this year. The 22nd edition was again a celebration of sexual diversity and freedom. Those who did not make it this year should not miss the 23rd VENUS Berlin 2019.