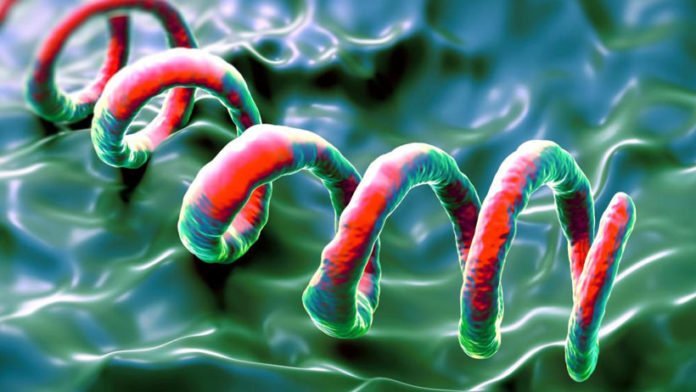 Last week two actors were tested positive for syphilis during routine examinations in Prague. Below is the press release of the Free Speech Coalition (FSC):

We believe that those performers may have worked while asymptomatic or undiagnosed.

Unlike shoots in the U.S. and Canada, productions in Europe do not generally participate in the PASS database, instead relying on a patchwork of testing requirements. We are attempting to determine the scope of risk.

The cases in question are not believed to be related to U.S. productions. However, with many performers traveling internationally for award shows this month, we ask that all performers be aware of possible additional risk, on set and off. We are working with PASS-affiliated testing centers in the U.S. to monitor for any potential syphilis reports.

As the infection can be asymptomatic, particularly in its early stages, performers who have recently worked in Europe should get retested. At this time, we do not believe that any of the performers at risk for exposure are currently cleared in PASS. However, we are asking for extra vigilance and care when shooting in the next few weeks.

FSC-PASS will continue to monitor the situation and is working with PASS-affiliated clinics to determine if there is any increase in incidence for U.S.-based performers in the PASS system.

Syphilis can be transmitted through sexual contact, including skin-to-skin contact, even in the presence of a condom. It is easily treatable with antibiotics. The industry testing protocol (PASS) requires bi-weekly testing for seven possible STIs, including a Syphilis TrepSure test which detects infection within 14 days.