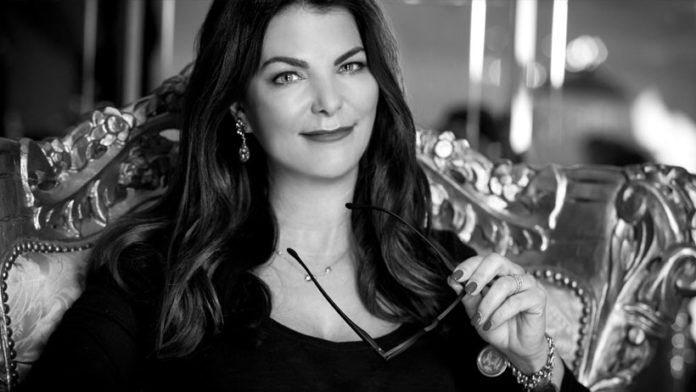 Gynecologist Sheila de Liz has been interviewed by Brigitte, Germany’s biggest women’s magazine. She strongly recommends women to have more sex as it keeps the body young and healthy. Especially the vagina itself remains healthy when kept busy.

Laughter is the best medicine, is an overused cliché. And Sheila de Liz begs to differ. She is a gynecologist and an expert on female sexuality. She thinks sex is one of the best ways to keep yourself fit, healthy and young. Recently she published a book called »Unverschämt – Alles über den weiblichen Körper« (Shameless – Everything you need to know about the female body).

Women over 40 have the best sex of their life

In her book, she says that women over 40 have the best sex in their life and doing it often keeps body and especially the vagina itself young and active. She says: »Women that are sexually active are not aging vaginally as fast as non-active women. The reason for that is the better blood circulation and the hormones the body produces during sex.«

She adds: »Women who have less sex often experience the following: The body decreases its hormone production, the mucosa around the vagina gets thinner and it starts to hurt which in turn leads to further avoidance. This leads to a slow decrease in the body’s sexuality.« Women could avoid this vicious circle by simply having more sex.

De Liz doesn’t restrict her argument to the vagina’s health. She thinks the whole body profits from active sex life. »I think that generally people having an active sex life don’t age that fast. My patients that are over 70 and still sexually active seem to be healthier in a broader sense. They have less old age diseases, they are mentally healthier, they travel more and they are doing more sports than others.«

Hormone-induced self-confidence boost is a gift

The sex-positive expert is also explaining why women over 40 tend to have better sex. According to her the quality of ovulation decreases starting at the end of a woman’s 30s. That leads to fluctuating hormone production. And that has a lot of effects on a woman’s psyche and self-worth. »That’s why women that age don’t try to please everyone anymore. At some point, many women ask themselves what they really want – and some act on it, they take what they always wanted. That’s how they regain some of the confidence that they had before their puberty kicked in.«

And if you know what you want, your sex life gets better and better. She says: »We get more testosterone which gives us energy and a clear head. Many women grow stronger and more stable and they are no longer willing to listen to bullshit.« The higher testosterone also leads to a higher sex drive.

De Liz wants to educate and enrichen people’s sex life. And she does so in an entertaining way. Her book has been published by the German publishing house Rowohlt. If you want to get a copy click here.

The full interview can be read here.