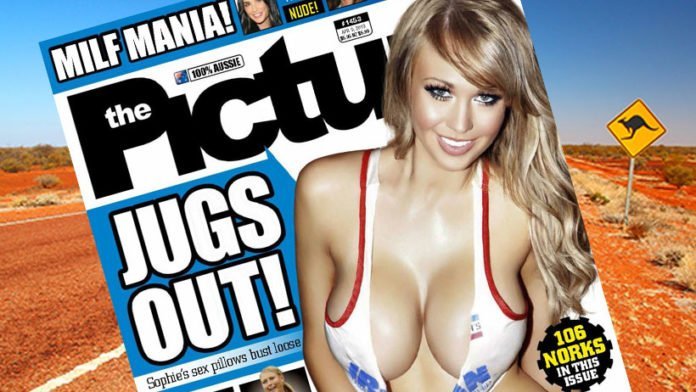 For decades, the German magazine publishing house Heinrich Bauer was active on the Australian market with nude magazines. The so-called »Lad Mags«, sex magazines still available at German kiosks and station bookstores, had been massively attacked by feminist activists in Australia while already seeing their sales decline because of the many challenges traditional print business face during the age of digitization.

The Collective Shout group, which opposes the objectivication of women as sex products, organised protests against the country’s two largest convenience store chains, 7-11 and BP. The group used two covers of titles from the German Bauer Group, which has become known in Germany for its TV guides, crossword magazines and special interest publications.

The cover of »The Picture« featured the slogan »Better than Viagra«. A woman with pigtails was subtitled with the sentence »I don’t have a gag reflex.« Collective Shout was able to put the retail companies under so much public pressure that faced with criticism of being misogynistic 7-11 and BP yielded to the drumbeat of bad PR and the two Bauer titles »The Picture« and »People« were quickly kicked from the shelves.

Without this distribution channel, however, Bauer’s magazines are no longer be economically viable enterprises. The German publishing group was thus forced to announce the end of both magazines.

That ends a long history. »People« has been published without interruption since 1950. In its heyday, the magazine sold 250,000 copies a week. In the meantime, however, the circulation has slumped to 28,000 copies. The sister newspaper »The Picture« was also down to only 30,000 copies per week by 2012. The loss of the distribution channel was now the final nail in the coffin for the mags.

A spokesman for Bauer Verlag commented matter-of-factly on the discontinuation of the two publications: »The magazines have lost ranging, which has affected their commercial viability.«