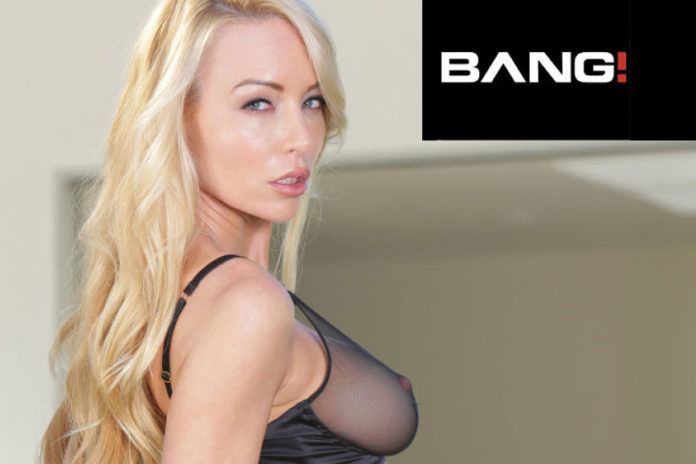 AVN Reports: “Bang.com is continuing to expand its Bang! Gonzo Original Series under the direction of Manuel Ferrara with new featured updates including an exclusive scene with Kayden Kross.

The studio says the Bang! Gonzo Original Series brings high-end gonzo back into the spotlight. There are no rehearsed lines or fake stories, just hot models and authentic sex. Ferrara is the creative force behind Bang.com’s Original Series.
“I love working with Bang!, they give me a lot of freedom on creativity and sex,” Ferrara said. “The scenes are always much better because of that and I’m excited for people to see what we have been doing with the series.”
Since its launch the Original Series has become some of the most popular scenes on Bang.com. Some of the performers already featured include Dahlia Sky, Sara Luvv, Blair Williams, Anna Bell Peaks, Holly Hendrix, Abella Danger, Keisha Grey, August Ames, Adriana Chechik, Megan Rain and more. Bang! Gonzo now has a new featured scene with Kayden Kross.
“This scene was so much fun to shoot! Most of my career has been spent on features with a lot of set up, so to be able to just show up and bang (no pun intended) was such a nice way to spend the day,” Kross said. “I’d also like to thank my male talent for living with me, and the director for booking me. What a guy!”
Bang! Originals now include Bang! Gonzo, Bang! Casting, Bang! Real Teens, Bang! Japan, and most recently released Bang! Confessions.
Bang.com offers its members full access to a library of more than 100,000 scenes including all exclusive Bang! Originals as well as unlimited streaming and downloads, custom playlists and recommendations in a clean, ad-free environment optimized for all devices. Bang! Originals shoot with 4K cameras.
Visit the official website of Bang.com for the latest updates. Follow Bang.com though social media on Twitter @bang_twts and on Instagram @bang_grams and on Snapchat at BangOfficial. “