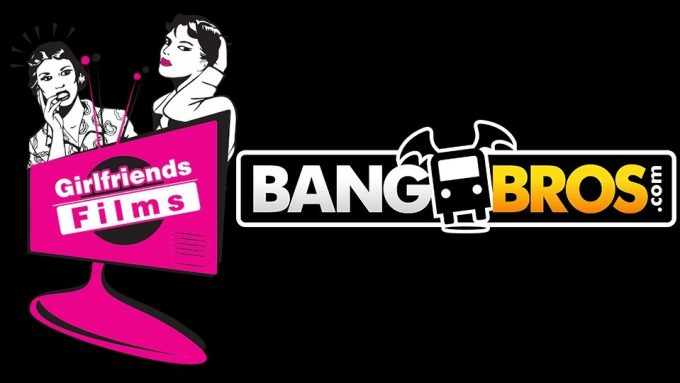 BangBros was founded in 2000 by Kristopher Hinson and Penn Davis. The company is based in Miami. It operates a network of 36 websites. Its most famous series is the so-called Bang Bus, a series of movies shot in gonzo style, most of the action taking place within a driving bus. It gained several AVN and XBIZ awards and a fair amount of notoriety in the mid to late 2000s.

Girlfriends Films has its own production line but specialized in becoming a worldwide distributor for other labels as well. Among the partner studios of Girlfriends Films are Penthouse, Desire Films, Girlsway, Pretty Dirty, Homegrown Video, and James Deen Productions.

Girlfriends Films VP Moose, commented on the new partnership with BangBros: »When it comes to the brands we distribute, we wholeheartedly believe in each and every studio that Girlfriends Films represents because they are great at what they do. That goes without saying. But it also goes beyond that. Every studio has something that makes them stand apart from the rest, that ‘thing’ that makes them special and a unique member of the Girlfriends family. And with BangBros, there are lots of things. From their identifiable box cover art, brand image, the longevity of their adult series, standout performances, and more — all these things that make BangBros films unique and the perfect fit for Girlfriends Films.«

Moose who also owns the studio and distributor added: »The fact that the volume numbers on BangBros titles are as high as they are, it’s a testament to Girlfriends being the perfect partner to take on the DVD aspect of their studio. It’s something we have in common. Both brands have a reputation for delivering fan favorites in the form of long-running series, and there’s a reason they keep on going — because they’re great. It truly is the perfect match. I couldn’t be happier or more excited about this new venture, and we are looking forward to the great things it will bring in the coming year and beyond.«