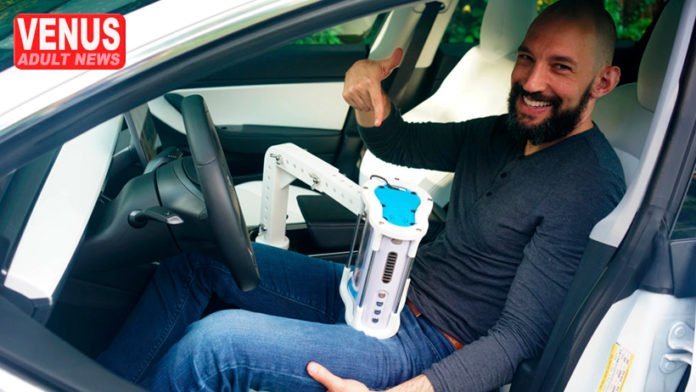 The inventive start-up entrepreneur Brian Sloan has found a new way to get his sextoy Autoblow A.I. into the headlines. With the attachment called Automoblow, it is possible to attach the smart toy simulating oral sex to the cup holder of Tesla vehicles and thus reaching sexual satisfaction while driving.

A spokesman for the company says: »Male Tesla owners will soon face a new option after engaging autopilot: whether or not to pleasure themselves.«

Sloan himself comments as well on the launch of the Automoblow. He does admit that »some people will [say] that this invention is unnecessary but I believe those same people, had they been born earlier, would have been late adopters of electricity and the automobile. Artificial intelligence, as it is used in self-driving cars, and even in our male sex toy, frees humans from mundane tasks and allows us to spend our time in more productive ways or in leisure. As self-gratification is a popular leisure activity and controlling a car is not particularly enjoyable, it is self-evident that many men will choose to buy an Automoblow.«

According to the manufacturer’s specifications, the Automoblow is individually adjustable horizontally and vertically and can be rotated up to 180°. The toy can therefore also be used in the passenger seat.

The company has produced a new promotional video for the release of its toy and uploaded it to popular video platforms.