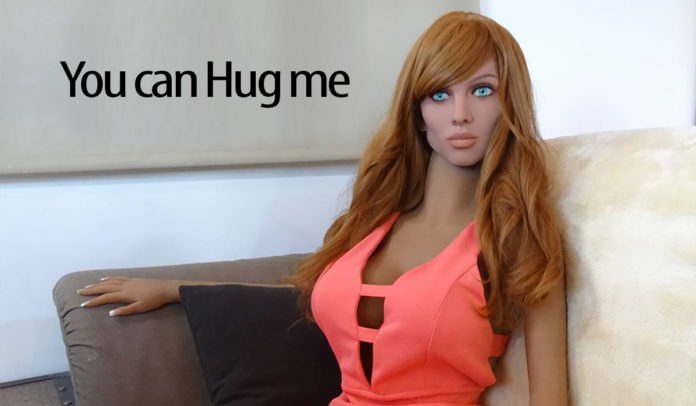 The manufacturer Synthea Amatus has introduced a sex robot that can deny sex to its users. Sex robot Samantha will just shut down when she’s being treated overly agressive, not creative enough, or when she’ s bored.

Dr. Sergi Santos is the founder of Synthea Amatus, a manufacturer of sex robots with unparalleled artificial intelligence. The latest generation of his sex dolls will have the ability to shut themselves down or to respond with shutdown to bad or aggressive sex. Santos introduced Samantha and her new features at the Life Science Center in Newcastle, UK.

If the AI of the doll comes to the conclusion that it is treated aggressively or without love, it simply shuts down, which leads to the fact that any interaction of the doll no longer takes place, the expensive extras are no longer active and the user is faced with a normal, unresponsive sex doll. To determine whether a user of the doll is aggressive or brutal, sensors are installed under the skin of the sex doll, which according to the manufacturer can determine whether Samantha is being treated badly.

In addition, the doll will also switch to inactive mode from pure boredom, so that owners of a Samantha are encouraged to regularly rethink their sexual routines and bring variety into the sex life with the robot.

Critics will probably attack this as a gamification of consent and as a trivialization of the sexuality of women, but the manufacturer’s approach naturally has the potential to impart long-term sexual knowledge to users of the sex robot, which could enrich a couple’s sex life in “real” partnerships. Ultimately, of course, it depends on the actual implementation to what extent such a robot can actually contribute to enriching human sexuality.

In any case, the demand for robotic sex is far greater than you might think. According to a study by Forktip, 71.3% of men and 49.6% of women can envision having sex with a robot over their own partner if the experience would be better than sex with humans. This is an astonishingly clear outcome and a miserable testimony to the state of human sexuality, for the vast majority of people still do not even have a concrete idea of what sex with contemporary sex robots feels like at all.

According to Dr. Santos, Samantha will cost about $5,000 and the doll will have additional features. Not only will Samantha be able refuse sex on her own, she will also be able to initiate sex herself. If the algorithm of the doll comes to the conclusion that the device is sexually aroused, Samantha will draw attention to herself. However, this function will be implemented discreetly without disturbing the everyday life of the users. It is said that Samantha’s AI will learn in which intervals a user prefers sexual activity.

The company’s website states: »She will adjust to you. She’ll learn not to keep calling for you, but she’ll ask discreetly from time to time.«

Samantha will simulate a realistic partner as smoothly as possible. In addition to the built-in AI, the doll has motorized hands and hips as well as a motorized face. She can whisper affections and act romantically. There will also be options such as »Family« to simulate normal everyday life in a family, but also »Extra Naughty« if the user prefers his sex life to be wilder.

If you want to know more, you can find additional information on the Synthea Amatus website. Click here for more information about Samantha.

Funerals For Sex Dolls In Japan