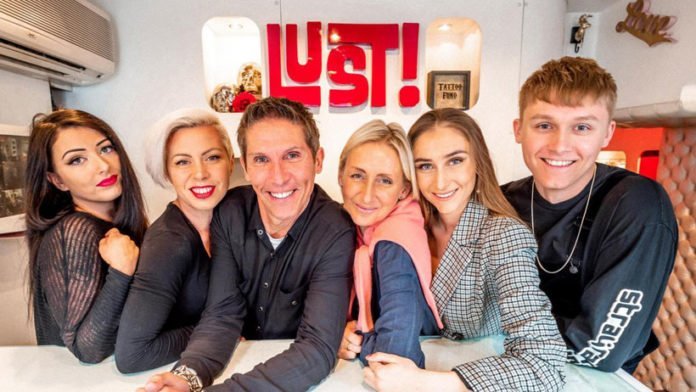 The British TV channel Channel 4 is currently producing a documentary about a family that runs a sex shop. The working title is »The Sex Shop Family«.

The Richardson family runs two sex shops in the tranquil town of Brighton. The head of the family is Tim, who founded Taboo and Lust – as the shops are called – two decades ago.

Channel 4, known for its documentaries and reality tv formats, has created a one-hour documentary format around him and his family. Obviously, the family relationships themselves are pretty interesting as well.

Tim’s new wife Calandra works with his ex-wife Nancy, who is also the mother of Tim’s children (Kizzy and Taz), in the family’s two shops. Tim hopes that his son Tazz will one day continue the family business.

The channel suggests that family dynamics will play a major role in the documentary, as will aspects of running a sex shop. The interaction with customers will also uncover another dimension: the notoriously mysterious sex life of the British.

Sex please, we are British!

Channel 4 editor Lee McMurray says of the documentary: »The beating heart of this entertaining comedy-doc will be the larger-than-life Richardsons, but their unique family business will also afford Channel 4 viewers a fascinating insight into the bedroom habits of modern Britain.«

Elaine Hackett is a producer at Crackit Productions, the executive studio behind the documentary. She says: »Crackit loves to find and deliver rare access that offers humor alongside little known revelations. That’s exactly what this eye-opening film does, going behind the often-intimidating show window of the sex shop. The Richardsons, their team and their customers are funny, warm and honest, offering us a view into a world that many of us are intrigued by, but very rarely see.«

The documentary will be on Channel 4’s reality TV line-up. The executive producer is Jon Connerty, director of the film is Matt David.