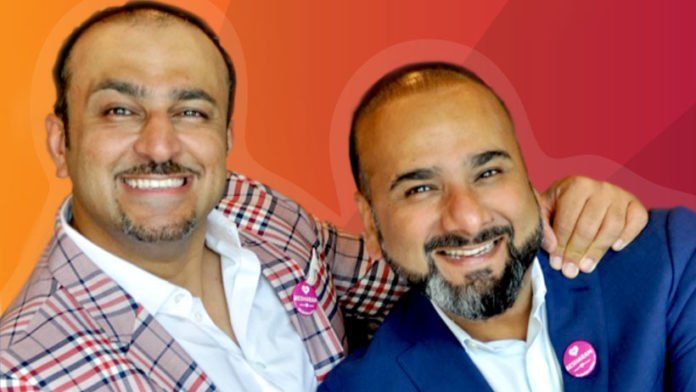 Indian online retailer Besharam has announced that it has secured additional capital from two US investors. The amount of $250,000 will be used to expand the company internationally. The aim is to attract Indians living abroad worldwide to the brand.

Two American investors from Atlanta have apparently decided to invest in the Indian online company Besharam (Engl.: shameless), which specializes in selling sex toys. The expansion of the business from India into the neighboring markets of South Asia is also to be extended to markets in the USA, Canada, Great Britain, Australia, and New Zealand. In addition, a #GlobalAdultStore campaign is being developed for the company to gain a foothold in Europe, Southeast Asia, West and South Africa. The aim is to be able to supply Indians living abroad in these regions in particular.

Raj Armani is a co-founder of Besharam. He says, »We are grateful, honored and humbled to have the support and backing of very respected individuals and professionals who not only shared our vision but great understanding of the affluent audience that we will target to. Our business model has always been a unique proposition, with the initial focus on Indian’s in India, we had setup custom logistics, processes and marketing in place to ship and deliver American and European brands to India in 2013 when the idea of cross border commerce was just taking birth amongst the ecommerce industry. Now, after six years of successful operation and half a million orders delivered, we are leveraging the brand reputation and goodwill to reach out to 75 million Indians outside of India, a $400 million unexplored opportunity.«

The bustling founders have been promoting Besharam’s expansion for months

A few months ago Armani and his business partner Salim Rajan presented the concept for an Indian sextoy retailer for Indians all over the world. The two charismatic entrepreneurs have created a video for this purpose:

The video was especially successful on LinkedIn. More than two million views and well over 100 comments came together in just three days. Now the two have been able to win at least two more investors to put their plans into practice. The headquarters for the internationalization will be Atlanta. Additional offices are to be opened in Ukraine, Portugal and Mumbai, India.

One of the American investors is the real estate agent Peter Chang. He has been active in Atlanta since the 1980s as an investor in Chinese-American business. He will also advise Besharam and says: »Many non-resident Indians have access to the adult products in the West and have been purchasing it from online stores like Amazon.com, Adam & Eve, Lovehoney, AnnSummers and others, but the undisputed fact of sales is based on human psychology which says, Considering all other factors being standard (like pricing, packaging and service) If a buyer likes you and trusts you, they will buy from you. Besharam has earned the trust of Indians in India, and now with the global store, it aims to communicate, educate and deliver world-class adult products at compelling prices to Indians worldwide. Besharam was founded by Indians for Indians, so the NRI audience will be able to browse and shop from a brand they can relate to and connect with. We are very excited to support Besharam’s vision and expansion goals and we hope to bring valuable network and resources in their early stages.«

The second, undisclosed investor from Atlanta will also advise Besharam on the development of its American business. He says: »We strongly believe that there is a large potential with NRIs worldwide, who are excited to buy from a brand, Besharam, that has been able to build trust, value and reputation across the Indian subcontinent and now ready to expand their wings to spread happiness across the world, further advancing its founding motto – by Indians, for Indians.«

The company ships free of charge in the USA from a value of 25 dollars, in other countries, including Germany, you have to buy products for at least 100 dollars, otherwise there will be delivery costs. If you would like to know more, please visit the company’s website for more information.