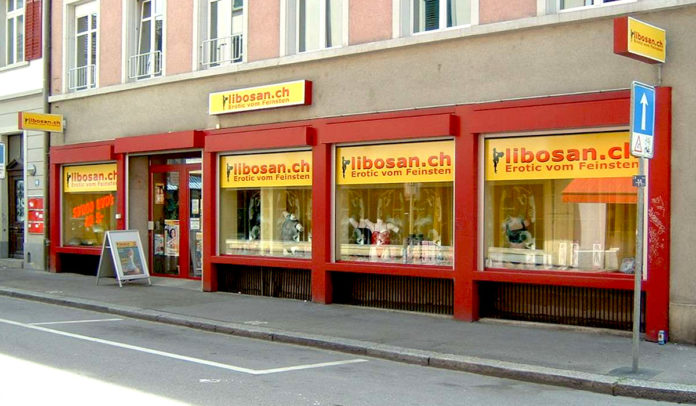 Following reports of major transformations in the bricks-and-mortar sex shop business, it is clear that numerous retailers will not be able to soften the impact of the collapse of the DVD business. This now affects a shop belonging to the Swiss sex shop chain Libosan. The location in Zurich has to be closed.

The sex shop company Libosan, based in Othmarsingen, operates bricks-and-mortar store concepts at five to six locations in Switzerland. The store in Zurich is now forced to close due to sharp declines in sales. In an interview, Libosan’s Thomas Scheurer indicated that the future of the entire chain was uncertain.

Commenting on the closure of the flagship store in Zurich, Scheurer says: »It hurts. This is causing me sleepless nights.« He has been working tirelessly for the continuity of the chain for more than 30 years, and he is noticeably affected by the fact that two of his employees are now losing their jobs due to the closure in Zurich. Scheurer identified the free tube sites as the main problem for his business model. Over the years, the audience in his stores has grown older and older, and younger customers no longer buy porn movies in his stores. Even the attempt to score points with Libosan’s own sex film parodies could not stop the powerful downward spiral.

Scheurer seems not very optimistic for the future. In an interview he says that the operation of the chain is secured until 2020. A complete closure of all stores cannot be ruled out, he said.

After the closure in Zurich, there will still be shops in Basel, Olten, Bern and the company’s headquarters in Othmarsingen.

To find out more about the Sexshop chain click here.