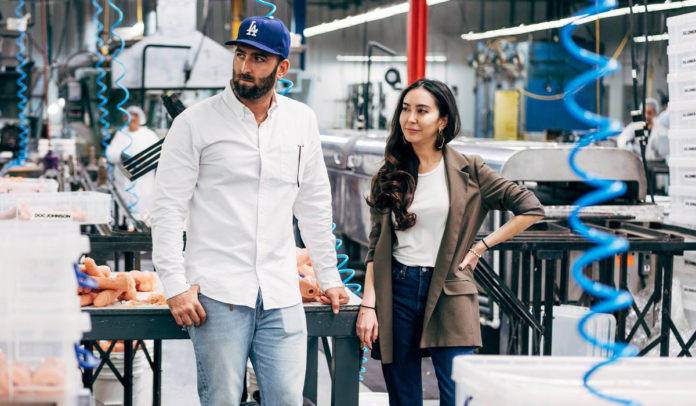 Sextoy giant Doc Johnson was portrayed last week on BBC Radio 4. During the show, Chad and Erica Braverman talked about their family-run sex toy company and willingly share their views on the industry.

Doc Johnson, the largest US manufacturer of sex toys according to industry experts, was given major coverage on the radio channel BBC Radio 4 in an extensive report on the sextoy industry by the well-known radio reporter Laurence Knight. The programme was called »How Sex Toys Became Sexy« and it provides an insight into the industry which, according to the BBC, now generates sales of 23.5 billion dollars.

According to Knight, the market is growing by almost 10% annually. The host adds: »It’s a far cry from when I was a teenager when the business was not only smaller but a bit shabbier as well.«

Chad Braverman, a member of the family that owns the company, says of Doc Johnson’s appearance in the show: »To be called upon by one of the most-respected news organizations in the world was an honor for Doc Johnson — and being able to share some of our story on international radio was also very exciting. It’s always incredibly gratifying when a mainstream news publication is interested in covering our industry, but to be featured on an outlet that is as esteemed as the BBC was particularly special.«

He adds: »We’d like to give a huge thanks to the BBC and Laurence Knight, for allowing us to share our thoughts on the pleasure products industry with their international audience.«

Chad and Erica are the children of the founder, Ron Braverman. They run the company , which had its beginnings in the highly biased 1970s, in a completely different environment today. As top dogs they now have to assert their company against numerous start-ups and entrepreneurs who have come to a market in a much more liberal and open social environment for sex toys.

You can find the report of the BBC here. An additional article by the BBC can be found here. If you want to know more about Doc Johnson click here.