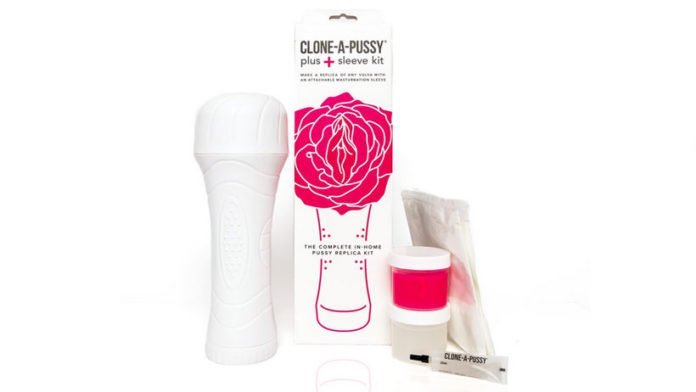 The maker of the Clone-A-Willy brand released a new kit to cast and replicate vaginal lips in pink silicone. After the global success of the same product allowing to reproduce individual cocks the company’s Clone A Pussy Kit is currently sold out.

Sex toy company Empire Labs won global recognition with a kit allowing its users to cast and replicate their own penis in silicone. Now the manufacturer launched a female counterpart of the successful DIY sex toy kit.

Empire Labs was founded in 1996. Originally the company was based in San Francisco and focused on skin-like materials for medical and prosthetic use as well as on the sale of casting and molding compounds. Several products were used in the film industry. Empire Lab’s signature product became the Clone-A-Willy Kit that is sold all over the world. According to the manufacturer, it »has turned what was once an expensive, complicated, and exclusive process into an easy, affordable, and fun line of products that anyone can do«. By now Empire Labs has its headquarters in Portland, Oregon.

The new Clone-a-Pussy kit makes it possible to reproduce any vaginal entry for customers worldwide. The kit comes with a sleeve with combined with the labia cast creates a unique, custom-made sex toy.

According to the company, »The new Clone-A-Pussy Plus Kit brings pussy molding to a whole new level while adhering to our company standards of 100-percent body safe materials, easy-to-follow directions, and a high-quality final product.«

Right now the product is sold out but Empire Labs announced it will soon be in stock again. If you order now your Clone-A-Pussy-Kit will be shipped by mid-April.

The website of the company can be found here.