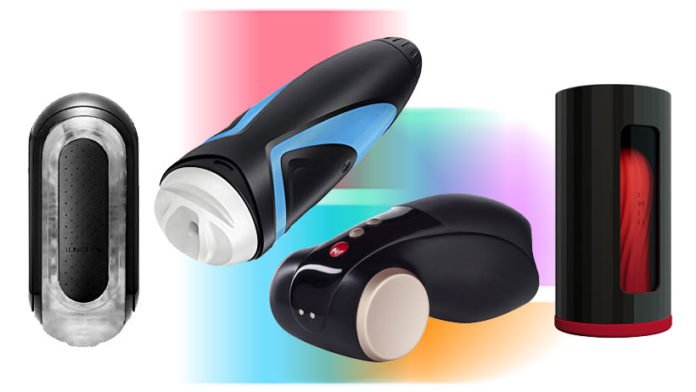 Bento, a hip online spin-off of the German magazine DER SPIEGEL, has tested and recommended sex toys for men. Toys from the manufacturers FunFactory, Satisfyer and Tenga were put to the test.

Since Sex and the City, manufacturers have known that women are not only fundamentally susceptible to well-designed and innovative sex toys, but are also willing to dig deeper into their pockets. The entire market experienced an immense growth spurt and numerous start-ups and sex tech companies sprang up all over the world. In the meantime, in addition to vibration, numerous new methods (suction techniques, sonar and heat induction) have been developed to give women an orgasm. Hands-free, waterproof luxury devices that stimulate every new erogenous zones came onto the market and generated billions in sales.

New boost to the sextoy market from men’s toys?

For men, however, there was still little variety besides the cockring and the traditional stroker. The manufacturers suspect that there is untapped potential for substantial sales growth here. Slowly they dare to enter the market with new developments, innovations and high-priced high-end toys.

Bento magazine is now venturing into the niche and testing toys from all price segments of three different manufacturers, including the multiple Venus exhibitors Fun Factory and Satisfyer. The editorial staff writes: »We have tested toys from competing manufacturers for you and disclose which ones are good to use and which are not.«

Tenga: The specialist for single-use masturbators

Among the products tested are the Easy Beat Eggs and the Original Vaccum Cup, both from Tenga. These are disposable toys containing a lubricant for less than 10 Euro. The Bento editors recommend the products to a limited extent. Although the masturbators feel good, are uncomplicated and practical to use and also suitable for beginners, their one-time use is a considerable environmental sin. In addition, the testers complain that the masturbators are not very deep.

The Satisfyer Men and the Satisfyer Men Vibration are tested by Bento. Both products fully satisfy the Bento team. For the basic product Satisfyer Men, the testers emphasize that the sleeve of the masturbator is pleasantly deep. Also, the user-friendly cleaning possibility is praised. The only flaw, however, according to Bento, is that »the air cushions on the sides are more of a gimmick than useful«.

Also tested was Tenga’s vibrating Flip Zero masturbator, where the Bento team believes there are similarities with Amazon’s Alexa. The tester is also reminded of the foreboding age of robotic sex. What is striking is that, unlike other Tenga products, the Flip Zero has a deeper sleeve and, in addition, it is a high-priced product that, like the other toys in the price segment, is easy to clean. The only flip side of the Flip Zero seems to be that it vibrates very loudly.

The cleverly designed prostate stimulator Duke and the unusually shaped masturbator Manta, both from the Bremen-based manufacturer Fun Factory, also performed well. According to the testing team, the Duke’s penetration into the anus would be worth the effort even for inexperienced users. At the same time, the device stimulates the scrotum and provides enormous satisfaction.

With the most expensive device in the test, the Manta, the Bento testers noticed that they do not yet have extensive experience and apparently want to find orgasm relatively quickly. According to them, the Manta has only weak vibrations and is more suitable for »tantric and slow sex«.

Out of competition: high-end technology from Sweden

Unfortunately, the F1 of the Swedish high-end manufacturer and Venus exhibitor LELO, which was newly launched on the market in spring, is missing in the test. With the F1, the design-loving manufacturer has also ventured into the market for men’s toys and launched a really versatile device.

You can find Tenga’s website here. To find out more about Fun Factory, click here. This link will take you to Satisfyer’s offer. And if you want to know more about the F1 at LELO, click here.