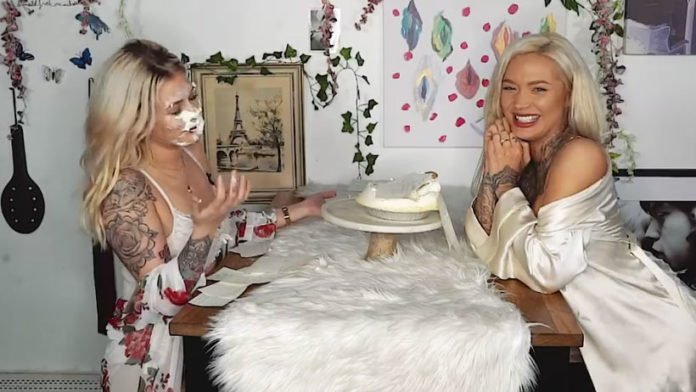 The US manufacturer of a saddle-like sex toy called Motorbunny is happy about the continuous success of its YouTube series »Do It On a Bunny«. The concept works. By now, the individual episodes have been viewed by more than 2.7 million viewers. For most of the industry, which has to struggle with censorship on the platform, this is an immense success.

The YouTube clips of the manufacturer Motorbunny are about women trying to carry out creative activities while sitting on a saddle-like sex toy and overtime being driven to orgasm. A humorous but effective demonstration of the effectiveness of the toy that regularly causes a stir at trade fairs.

The challenge is too big: Motorbunny models come hard

Almost as successful is the episode »You Laugh, You Lose«, which has been watched by 687,000 amused and presumably aroused viewers so far. In this episode, you can see two models trying to make each other laugh and to knock each other off the toy while the Motorbunny is giving them pleasure.

A parody of Bob Ross’ successful painting tutorials is called »Joy of Painting with Bianca Venerayan«. The hilarious video could score well over 170,000 views. The attempt to fry a turkey while the Motorbunny treats the performer dressed as a pilgrim is also worth a look. More than 300,000 spectators were thrilled.

In addition to the company’s equally effective presence at trade fairs (including Venus Berlin), this successful series has contributed to the brand’s steadily growing reputation. Craig Mewbourne is CEO of the company and says: »The ‘Do It On A Bunny’ series has done a great job at showing the Motorbunny brand’s commitment to offering sexually creative experiences. We are glad to see that the series has struck a chord with fans who love the irreverence of the situations and the enthusiasm of the talent featured. We thank them, our viewers, our partners and creative team for their amazing support.«