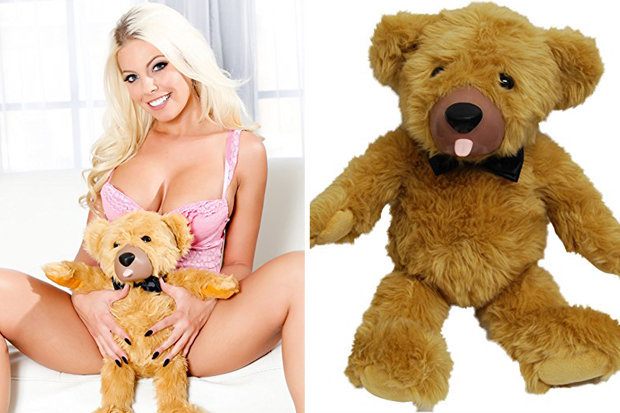 The DAILY STAR Reports:”If you still sleep with your childhood teddy, you may want to look away now – because you probably won’t be able to look at them the same again.

One Amazon reviewer said: “As innocent as it looks it shouldn’t be left out for kids to get their hands on.

“Clean up is easy, but the fur absorbs the smell of any thing it touches so cleaners with strong fragrances should be avoided unless you don’t mind the smell.

“The vibrations we’re not as strong but that’s just my opinion.”

Another women, Kate Sloan, wrote a review of the toy for Glamour. She said, “The Teddy Love is, it must be said, intensely creepy.

“The glassy, dead eyes of a typical teddy bear, when paired with its protruding tongue straight out of a psychosexual fever dream.

“It is deeply upsetting to shift a bear’s face around against your junk in search of a comfortable position for the rigid nose and pointy tongue.

Still, if this sounds like something you’d be into (no judgement), you can purchase your very own teddy for a mere £18.”