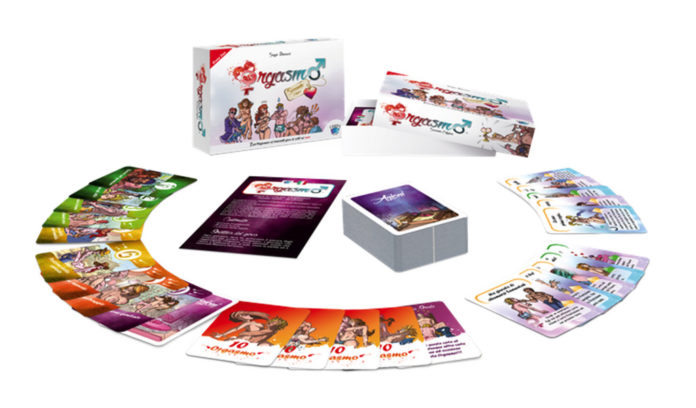 LOS ANGELES—Vice Games—a company that creates a variety of adult-themed gaming titles for the U.S. and beyond—is crowdfunding its latest creation, Orgasmo!, on KickStarter.com.

Vice Games has already published a version of the game in Italy, and is looking to expand its popularity among English-speaking countries.

The manufacturer exhibited Orgasmo!, as well as other games it produces, at the AVN Novelty Expo in Las Vegas last month, where crowds were enthusiastic.

Vice Games currently partnering with Cards & Co., Bohema Games, and Demoela to publish several titles in 2017. In addition to assisting partners in localizing their product lines, the company plans to begin production on original titles as well. Vice Games products will be available through retail, distribution and on Vice.Games.

Additional games produced by Vice Games are Battle in the Bed and GrowerZ.

To back the project, visit KickStarter.com. For more, visit Vice.Games.com.