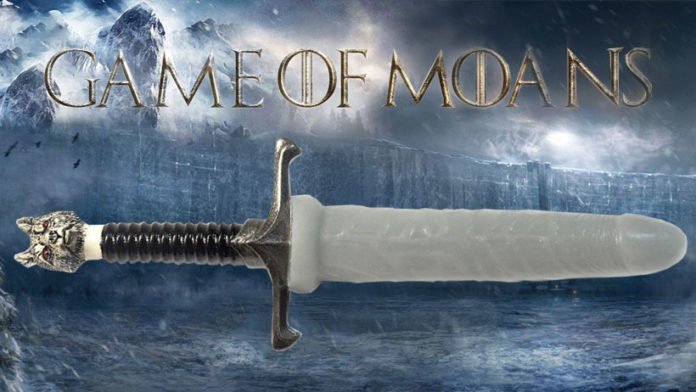 For the start of the last season of the worldwide blockbuster series »Game of Thrones« on HBO, the sex toy manufacturer Geeky Sex Toys has launched a collection that should set the hearts and other body parts of the fans pumping.

The eagerly awaited final season of the fantasy series »Game of Thrones« hasn’t been released yet, but the launch of a trailer has delighted the worldwide following of the series. Apparently, HBO has spared no expense or effort to score one last time with the series and win as many subscribers as possible for the pay-TV channel. For years, the station has not been able to achieve an equally striking success.

HBO cashes in one last time on the franchise

Especially after the takeover by AT&T, there are rumors that the creative, innovative free-thinking culture of the pioneer of the boom in series (Sopranos, Six Feet Under, Sex & the City, The Wire) could be severely damaged by its new leadership. After all, the managers of the telecommunications giant AT&T, who are only obsessed with numbers, are unlikely to have much sensitivity for the production process of culturally significant artworks and socially relevant documentaries.

The first appearance of the new divisional board sent shockwaves through the premium channel. According to the tenor of the AT&T people, who apparently do not understand that HBO cannot become Netflix, they should generate more content hours. Accordingly, the resignation of the long- standing CEO, Richard Pepler, came as no surprise.

All the more important, however, for the company’s old and new guards alike, that the last »Game of Thrones« season should once again be a huge success. And that’s what it looks like. Hardly any other series has such a pop cultural relevance at the moment. The merchandising industry for the books and series in the GoT series alone is likely to be worth several hundred million euros.

So it is not surprising that the sextoy manufacturer Geeky Sex Toys, which specializes in spoof-inspired products, is also trying to make money out of the hype surrounding the series. With Game of Moans, the company launches a series of dildos and ball gags reminiscent of dragons and swords. Josh Porter, founder of the clever sex toy manufacturer, says of his latest prank: »With all the Game of Thrones trailer hype the response to these new limited edition products has been awesome!« His company has only been on the market since 2016 and has been in the media several times with geeky sci-fi, superhero and fantasy sex toys.