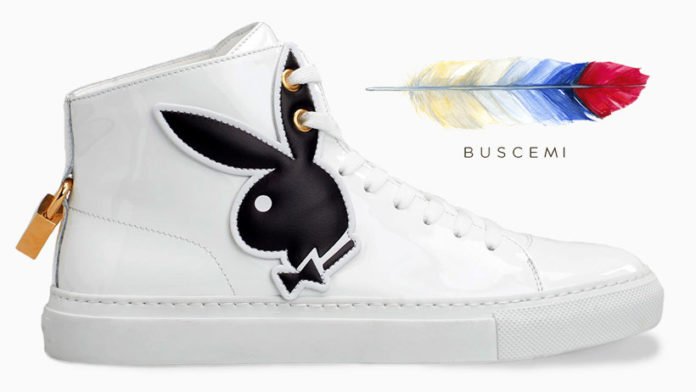 For years, the Playboy Group’s licensing business has been one of the main pillars of the struggling company. While the core business of glossy pictures of naked women is generating lower and lower sales and profits, the company’s trademark has long since become the real value of the Playboy group. Now the shoe manufacturer Buscemi has acquired a licence to manufacture Playboy products.

The logo of the once inevitable Playboy Magazine already graces all kinds of consumer products: T-shirts, watches, perfumes and deodorants and luxury goods. Now the shoe producer Buscemi has acquired a license from the legendary bunny company. From now on, the luxury shoemaker is allowed to produce and market shoes with the world-famous logo.

Jon Buscemi, the founder and chief designer of the shoe manufacturer, comments on the deal: »Since 1953, Playboy has been a tastemaker, an arbiter of style and a vanguard for political, sexual and economic freedom,” said Jon Buscemi, Buscemi’s founder and designer. The Playboy lifestyle was a true inspiration for many of us growing up in the 1970s and 1980s New York City. The hip-hop culture that I hold so dear and near adopted the rabbit head design as an international icon of success. An icon that expressed taste and class.«