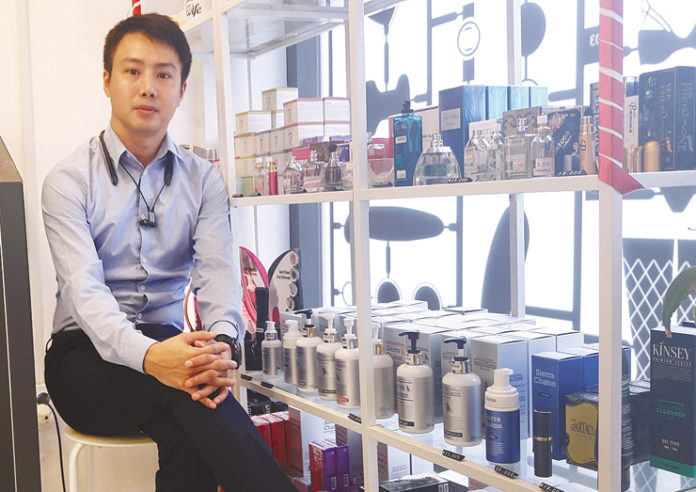 Park Jae-hyuk reports for The Korea Times: »Adult stores should change themselves from now on so as not to embarrass their customers, said Red Container general manager Koo Joong-hoe, who has consulted with thousands of on and offline adult goods sellers for 10 years.

“Adult stores in the past hid in the shadows, so the industry failed to grow further,” the 35-year-old told The Korea Times, Monday. “People feel more comfortable about visiting adult stores when they can see others inside the stores.”

A growing number of Korean business owners have recently begun to launch adult shops resembling ordinary gift shops in open spaces where people can visit them easily.Earlier this year, Koo’s firm also opened a two-story Red Container adult shop on the main street of Itaewon, Seoul.With its bright lights and wide windows, the store has made double-digit growth in sales every month, posting over 100 million won ($87,000) last month. This month, two more Red Container stores will open in Itaewon and Yeonnam-dong.

To achieve success, however, Koo has had to overcome the nation’s prejudices against the business. He also faced various regulations, including Naver’s censorship of the adult stores’ locations and information.

“Still, most Korean customers remain reluctant to buy adult products in front of their friends. Instead, they purchase our products when they visit our store alone,” Koo said. “Foreigners, on the other hand, ask about the quality and ingredients of the products in detail.”

The general manager expected the industry will continue to grow here as more unbiased entrepreneurs are tapping into the related businesses. He said that Red Container aims to be the industry’s leader, which deals with every category in adult goods.

Thanks to its success, his company plans to launch eight more stores nationwide this year, in addition to one in China.

According to data from Statista, the global adult goods market is expected to grow to $29 billion in 2020, from $20 billion in 2015. Although the market size of domestic adult products is uncertain, industry officials estimate it has amounted to 200 billion won.«