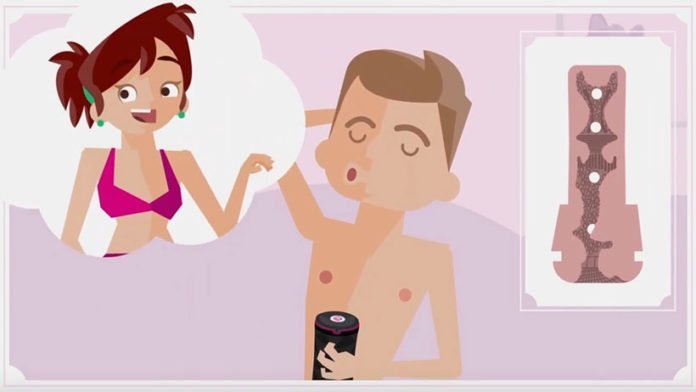 Mystim, a specialist for E-Stim toys, has launched a high-end masturbator after years of development work. Similar to the successful Public Enemy penis cage, this masturbator offers electrostimulation as an additional option but also works as a stand-alone device. The new product clearly demonstrates the German manufacturer’s leading position in the growing toy segment for electrosex.

Lulu Shwartzer is a saleswoman at Mystim and is thrilled about the innovation: »I am very excited about the release of our Opus E masturbator. There is nothing else like it on the market. Having a full sized stroker which supplies complete e-stim conductivity within the entire unit is a first and I believe this is what Mystim fans have been waiting for. With its sleek stylish looks and combined with our Cluster Buster wireless, digital power unit it will be an easy sale for retailers.«

The functionality of Opus E is quite something. Conductive stripes attached to the side of sleeve provide the penis with electrical impulses, which intensify as the user inserts the penis deeper into the masturbator. Thus the user can control the intensity of the electrostimulation during the action himself and does not have to operate an external device.

Managing Director Jessica Hofmann is also pleased with the big breakthrough: »Our Opus E looks back on a development period of several years. We didn’t want to be satisfied with compromises regarding the material composition of the sleeve, but also the handling of the electrostimulation, so we developed and rejected several concepts. Now we are 100 percent satisfied and very proud to present our three new toys to our customers.«

Founder and co-director Christoph Hofmann emphasizes the versatility of the masturbator: »Like our cook cages, the Pubic Enemies, the Opus E can also be used without electro-stimulation. In this way, the intensity of the impulses can also be influenced during use, without having to make an adjustment on the power box.«

The manufacturer also pays special attention to other aspects of handling the toy. Easy cleaning of the device initially seemed to be a major problem for Mystim’s development department. Finally, wireless technology could be combined with a removable sleeve.

Now all you need is a mild soap and a sanitizer spray just as you would with other sex toys. For long-term pleasure, Mystim recommends the in-house »Virgin Wonder«, a powder that can be applied after cleaning and drying the sleeve.

The marketing department supports retailers with a wide range of materials from simple postcards to a display with a video explaining the product. The Mystim website can be found here. An interview with Jessica Hofmann at last year’s VENUS Berlin can be found here.