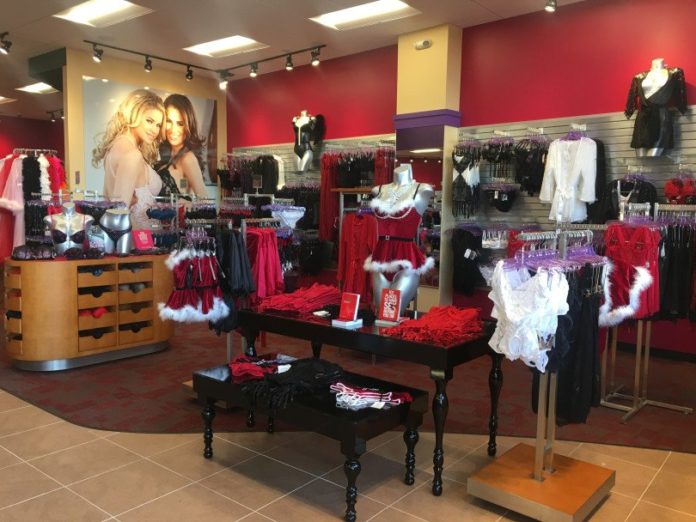 As you drive up to the controversial new Hustler Hollywood store in San Jose, you’re greeted by a giant billboard: “We’re not what you think we are.”

A photo with bright red Christmas lingerie seems to demonstrate the point — looking more like a high-end Victoria’s Secret than a dingy sex store. And that’s the reaction store manager Tommy Stacy says he’s gotten from dozens of San Jose shoppers since the store opened four days ago.

“San Jose has been very welcoming. One neighbor came in and said it’s not what she expected,” Stacy told IA. “The store is bright and open, and we’re here to guide you on any journey — whether it’s to buy lingerie for your significant other, explore your sexuality or buy makeup for when you go dancing in downtown San Jose.”

The announcement last summer that Hustler Hollywood was coming to Silicon Valley sparked a heated debate. Some worried about a sex retailer opening near the Pink Poodle strip joint.

But the store, which will host a grand opening with founder Larry Flynt on Saturday, has more than sex toys. It features Hustler brand clothing, perfume, jewelry, lingerie, books and massage oils. The retail chain has 21 other locations, including a second new store coming to Las Vegas.

That’s where customer Therese Gabriel first came across a Hustler Hollywood store. Gabriel was driving to another business Wednesday, but had to stop to check it out.

“I had to come in and see what the controversy was about,” Gabriel said, buying a Hustler beanie and earnings. “And it’s classy. I think it’s great. I don’t see why people are so offended — I’m glad they’re here and I’m going to support them.”

Councilman Pierluigi Oliverio said the company “obviously invested a lot of money” to remodel what was a burned-out Bank of the West building. “In a day and age when many people are buying on the internet, it’s nice to see new retail,” Oliverio said, adding that it provides tax revenue and jobs.

Stacy says he never stepped foot inside a sex store before. Now he’s managing nine employees and waiting for a call from Flynt.

Yes, Flynt personally calls some of his stores at night to ask for sales figures. “Every time the phone rings at night, I get nervous and check the caller ID,” he said.