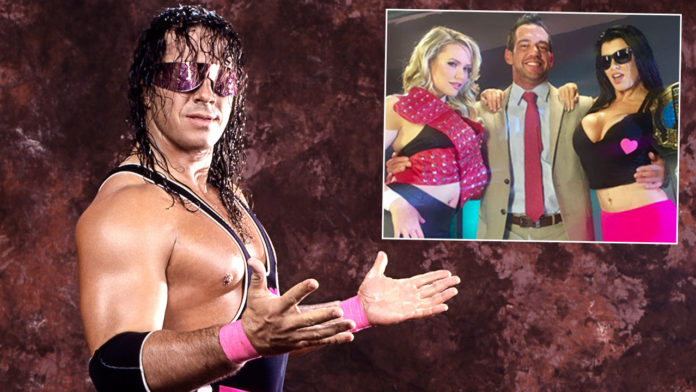 The popular adult entertainment company, based in the Canadian city, are big wrestling fans having been known to tweet about the sport – and now have gone one step further.

This week they shot a saucy parody of the controversial 1997 incident, bringing in actress Mia Malkova to portray Shawn Michaels and Romi Rain to portray Bret “The Hitman” Hart.

The details are unclear about how the movie will play out, but we can safely say it leaves little to the imagination.

The Montreal Screwjob is regarded as the most contentious event in the wrestling organisation’s history.

Owner Vince McMahon and WWF employees covertly manipulated the pre-determined outcome of the match between Bret Hart and Shawn Michaels at the 1997 Survivor Series .

The manipulation took place without Hart’s knowledge and resulted in Hart, the reigning WWF World Heavyweight Champion, losing the title to Michaels.

It was Hart’s last match with the WWF before departing for rival promotion World Championship Wrestling (WCW).

The “screwjob” is generally believed to be an off-screen betrayal of Hart, who was one of the WWF’s longest-tenured and most popular performers at the time.

But they wanted him to lose the title so as to not take the reigning belt with him to his new employers.