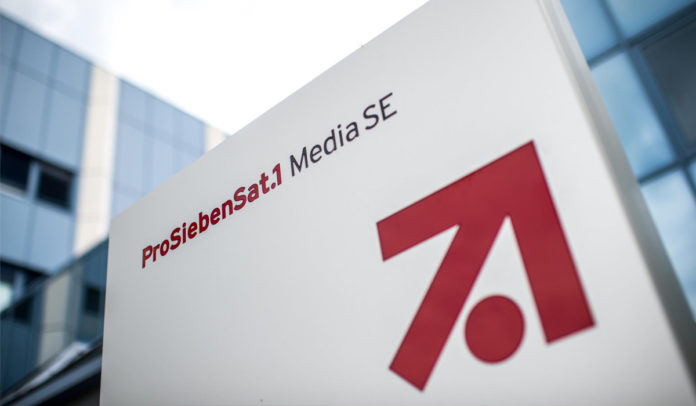 The Berlin-based company Amorelie has been owned by the Prosieben Group for almost three months now. A small remaining share in the online sex toy retailer is still owned by the founders headed by Lea-Sophie Cramer. How was the start-up able to stir up the market and attract the interest of the Bavarian media giant?

Amorelie has long been one of the largest adult retailers in Europe: the company has 20,000 products on offer, a foothold in the stationary trade through its cooperation with the drugstore discounter DM and a strong market presence in Germany, Austria, Switzerland, Belgium and France. Sales have grown rapidly in recent years from €36 million in 2016 to €56 million in 2017, and the company expects double-digit growth rates again this year. Commercials for Amorelie run on daytime television, and the ProsiebenSat1 Media group, which emerged from the demise of the media empire of Leo Kirch, has used its investment arm Nucom Group to increase its initial stake in Amorelie to nearly full ownership.

Amorelie was launched in 2012. Its founders are Lea-Sophie Cramer, who previously worked for Groupon, and Sebastian Pollock, who acquired his work experience at the San Francisco-based venture capital firm BV Capital.

While numerous manufacturers made their way into the mainstream, traditional retailers such as Beate Uhse and Orion struggled with digitization and the increasing shifts in the industry towards lifestyle and branding.

Cramer also created an impeccable online shopping experience. Few competitors such as the German Eis.de or the British retailer Lovehoney, recently acquired by the Jacobs family, were able to to do that and achieve record growth curves similar to Amorelie.

Cramer says: »We went fully digital when most companies weren’t. People wanted to order products quickly from home, rather than stopping by a weird shop tucked in the corner of a train station.«

Another recipe for success was the offer of curated toy sets and subscription boxes. In many cases, interested customers did not even know which products existed and were therefore unable to take advantage of the retailer’s wide range of toys. Getting to know formerly unknown products through surprise boxes is a good ice breaker. Cramer says: »We said it doesn’t matter if you know exactly what a penis ring or a prostate stimulator is, you can simply come here with a challenge and we can help solve it.«

The first box of this type was a surprise box for couples, and the set is still popular today.  The boxes cost between 30 and 230 euros and contain toys by high-end brands such as Lelo, Tenga, We-Vibe and Womanizer, but also private labels that the company has been offering since 2014.  Meanwhile, themed boxes are also being offered, for example a set for women who have just given birth and want to rediscover their bodies with their partner.

Although Cramer continues to run the business, after the takeover by Pro7Sat1 her share in the company has fallen to around 2%. The co-founder Sebastian Pollok has now left Amorelie.

Cramer believes that the new ownership structure will benefit Amorelie. Traditionally it has been difficult for an adult toy company to advertise in mainstream venues. Adult companies are still encountering great reservations from the mainstream. But a media giant like ProsiebenSat1 opens new doors – including in the field of digital marketing.

But even on its own, Cramer was already successfully advertising on television, a novelty in the industry. As early as 2013, Amorelie made commercials on RTL2, Viva and Sport1, saying: »For many companies, TV marketing is ‘above the line,’ but it’s our biggest and most profitable marketing channel.«

The ProsiebenSat1 Group also owns other online retailers and digital experts such as the online dating agencies ElitePartner and Parship, the event marketing expert Jochen Schweizer and cosmetics retailers such as Flaconi and furniture retailers such as Moebel.de. Cramer considers cooperation with these sister companies conceivable.

Cramer is very confident about the future ahead for Amorelie: »There were people five years ago who wouldn’t even touch me. Now they invite us to sit at the table to discuss our ‘cool idea’.« And if there is one thing that Cramer does not seem to lack, it is ideas.