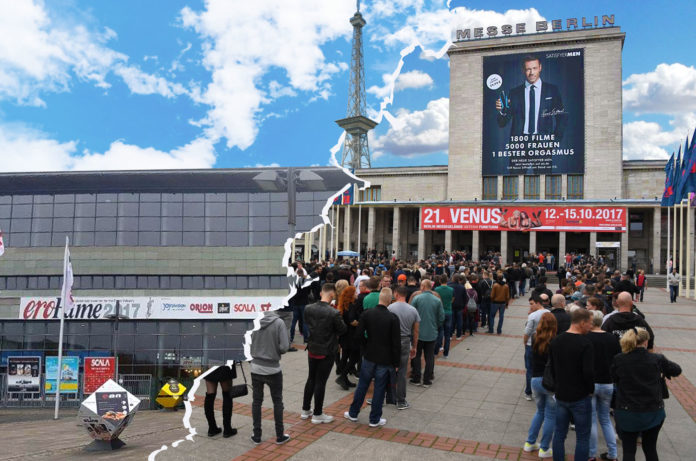 BERLIN 03/11/2017 Since several years many people are interested in an amalgamation of the VENUS and eroFame. One of the reasons: because both fairs take place at the same time there can only be disadvantages. So the exhibitors wishes and pressure regarding a cooperation in Berlin are very strong. Because of that the VENUS and the representatives of the eroFame have started a conversation about a possible collaboration in November 2016. In March and May 2017 more meetings in Hamburg and Berlin followed. The whole conversation was very promising, and we, the VENUS, wanted to make things work. We were also negotiation with Messe Berlin about further halls and space and we have already made a satisfying solution for both sides.

Although the hall plans would not have been optimal for 2018, since much space was already booked. But for 2019 Messe Berlin already have blocked ideal halls and we had an ideal concept we wanted to implement.

Basically, we agreed about a cooperation, and lawyers were already working on the contract. The merger of VENUS and eroFame should have been announced at eroFame and VENUS 2017 at the fair.

Quite surprisingly we received an e-mail and were informed about the refusal on 24.10.17 from erFame. Disappointingly we didn’t even have a personal call.

We feel very sorry for all the exhibitors and trade visitors.
Because of that decision from eroFame, which saddens and astonishes us, we are alone on our way to 22.VENUS from October 11 th to 14 th , 2018. However, next year there will be definitely a separate B2B area on the 22nd VENUS with own opening hours (Thursday 11am – 7pm, Friday 11am – 7pm and Saturday 11am – 4pm).