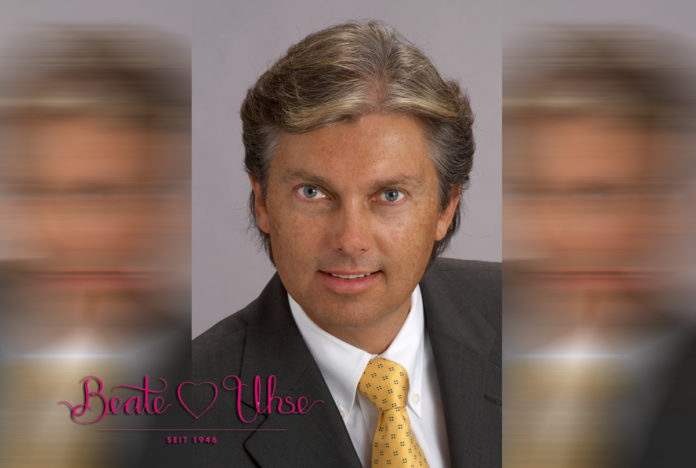 Hamburg – Michael Specht is a rolling stone. The manager was Global Sales Director for Puma, Director of Sales for L’Tur, then the German manager of Starbucks. The lifelong fidelity to an employee is clearly of no interest to him. Now for the first time he is the CEO – it is still unclear if he has moved up in his career.

There is not much left of the glamour of the company, founded by Beate Rotermund-Uhse in Flensburg after the war. The stock has been a penny stock for years. The Internet has radically undermined the business model, the major shareholder Consipio with business in the Netherlands and Belgium exerts great influence.

The change in strategy is not going as planned. Beate Uhse is focusing more on women.  Pornography is available at no charge in the internet, media sales are not successful.
Such content is used by the company in a small residual business via pay-TV providers. Lingerie and sex toys should help sales. But the tradition is somewhat off, not all of the stores are in the right locations. The high cost of closures and even the new heart logo does not help.

At the same time, new E-commerce providers are taking away from business. Sex toy mail order companies like Amorelie, Eis and Fraeulein Spitz offer brands that were specifically created for women and no brand image change is needed. They make it difficult for Beate Uhse to offer their products online. There is also competition from the classical lingerie brands like Victor’s Secret or the Dutch chain Hunkemoeller who represent more class and also have more retail stores.

The change has not yet been successful. Germany’s manager Nicola Schumann, who in her mid-30s supported the change, recently left the company along with two executive directors. For the first nine months of the past year, Beate Uhse reported sales of 77.8 million Euros and a loss of 4.85 million euros before taxes. The publication of the annual figures for 2016 that was scheduled for this Thursday has been postponed to May due to the change in the board of directors. Specht is the last chance to save the traditional company.