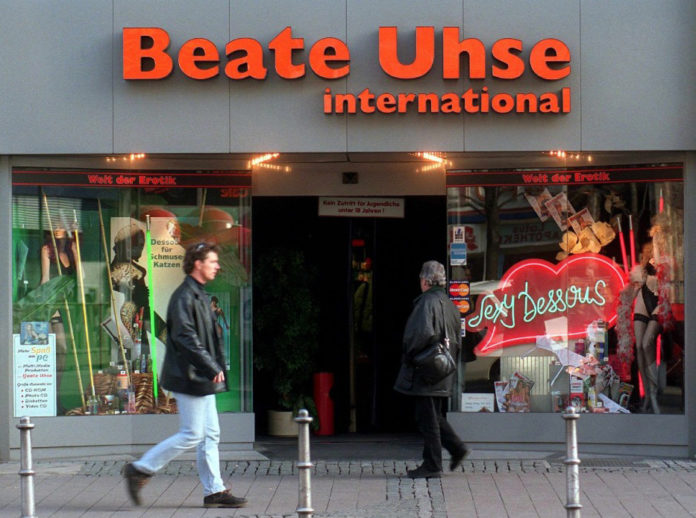 Ironically, a deal with the Flensburg tax office eases Beate Uhse’s critical financial situation: the settlement increases the company’s equity to 3.2 million euros. The sex shop needs the money: A longstanding business crisis has greatly affected the financial balance, so that now with operational restructuring, financial restructuring and a narrow cash flow, these three circumstances are coming together that bring the company into a difficult situation.
Beate Uhse briefly describes the nature of the apparently complex settlement with the tax office: it is about tax losses from value adjustments on claims against foreign subsidiaries, which were formed in the years 2003 to 2005. Now the Flensburg Company can reduce their tax liabilities by 3.2 million euros, which has a direct impact on profit and equity.

The effect of the tax deal is large: As of June 30th, Beate Uhse had equity of 5.1 million euros and thus an equity ratio of 7.2 percent. Adding the additional 3.2 million euro, a figure of 8.3 million euros and an equity ratio of 11.2 percent – a considerable improvement. Beate Uhse’s bonds made a jump of 13 percent with this news.
The tax settlements does not change anything about the precarious liquidity situation: Cash amounted to 2.9 million euros as of June 30, and the net debt to 46 million euros. An improvement of the operational business is not in sight. In the current year, Beate Uhse expects more losses: according to the company’s current estimate, the profit before interest and taxes will hit the lower margin of the previously projected margin of minus 1 to plus 2 million euro.

The tight cash flow caused turbulence in the company in summer: In June, Beate Uhse proposed to their bond creditors to extend the maturity date of the documents (due mid 2019) and to reduce the interest but not all bond creditors agreed to this. Due to this, Beate Uhse announced that the interest would not be paid on time. Eventually, Beate Uhse managed to use the dividend coupon, thanks to a loan from an unknown third party.

The company now has to find new ways to financially restructure themselves. At the same time, the company is undergoing an extensive restructuring process. They have discontinued their catalog business and are now focusing on e-commerce, company stores and the wholesale trade. Nathan van Rijn, a Dutch co-operative banker and turnaround expert, was appointed to CEO in September. Kees Vlasblom, who served as interim head, can now concentrate on his duties as financial director. Beate Uhse has also changed the COO this year: Dennis van Allemeersch came from an online booking portal.