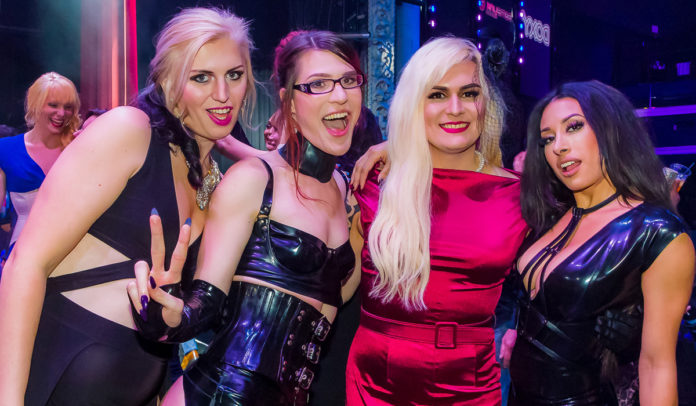 »It’s that time of the year again. The Grooby staff have worked diligently to get all the pre-nominations organized and come up with a final list for each category and that’s never an easy task,« said Steven Grooby. »We do understand the gravity of what being nominated (or not) does mean to some people so it’s not taken lightly. Some of the categories this year are incredibly competitive with not one clear model standing out, and I think the panel of judges are going to have an equally difficult time.«

The 2018 TEAs posted nominees in over 15 categories at their official website, theTEAshow.com. Additional categories such as the Fan Choice Award, Transcendence Award, Lifetime Achievement Awards, Best Industry Professional, Grooby Girl of the Year, Stroker of the Year, Bob’s TGirls Model of the Year, and Kink’s Kinkiest T-Girl Domme will be announced at the awards show in March.

Grooby added, »Thank you to everyone who helped get this list together – and if you didn’t make the categories you wanted, please remember, the TEAs are much more than an award show, they’re the one time a year that everyone in our industry can come together and celebrate, support, and honor each other. So I hope to see you all in March.«

The 2018 sponsorship packages are now posted on the website here: http://www.theteashow.com/sponsorship-info

Sponsor and media inquiries can be directed to Kristel Penn at [email protected].

The 2018 TEAs are a three-day event held in Hollywood, CA, kicking off with an official pre-party at the Bardot on March 9, a daytime fan convention at the Avalon on March 10, and ramping up to the awards ceremony on March 11 at the Avalon. The awards will be hosted by viral sensation TEA Lifetime Achievement recipient TS Madison.

More details about the event will be released in the months to come. Visit their official website at theTEAShow.com.