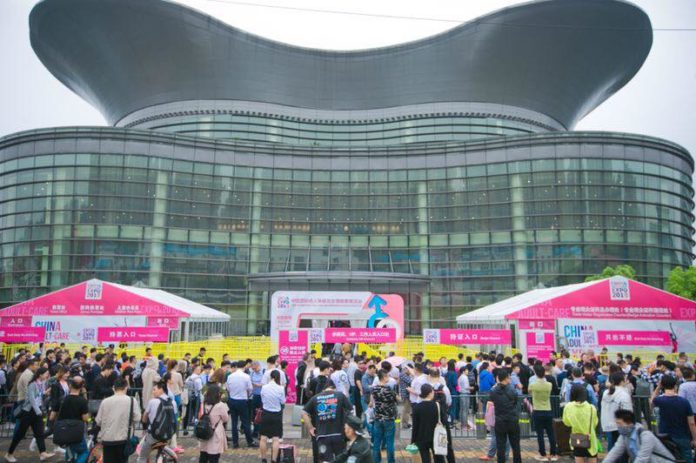 Adult Care China, one of Asia’s largest sex toy fairs, took place from May 21 to 23 at the Shanghai Convention and Exhibition Center. The main sponsor of the show, which has been taking place for 14 years, was the advertising partner of VENUS Berlin: Satisfyer.

Due to an unspecified “force majeure”, the fair had to be moved from the originally planned location (Shanghai World Expo Exhibition and Convention Center) to the similar-sounding Shanghai Convention and Exhibition Center. The original date (17-20 May) was also postponed from the end of April to 21-23 May and the show got shortened by one day.

Last year, 400 exhibitors and 7,000 trade visitors as well as 56 accredited media representatives attended the fair, according to information provided by the organizers. 51,000 visitors from outside the industry found their way into the exhibition halls.

As there is still a rather restrictive public policy regarding sex and especially eroticism in China, the event was mainly promoted as a fair for sexual health, as in previous years. In addition to the trade fair company, the Shanghai Family Planning Products and Services Association is one of the organizers of the trade fair. The fair is also supported by the China Sex Museum and the Chinese Foundation for Prevention of STD and AIDS. Main sponsor is the sextoy manufacturer Satisfyer, which is again promoting its sextoys with the international known porn star Rocco Siffredi on gigantic displays like the one we saw at Venus Berlin.

If you would like to find out more or perhaps plan your own presence on next year’s show click here.