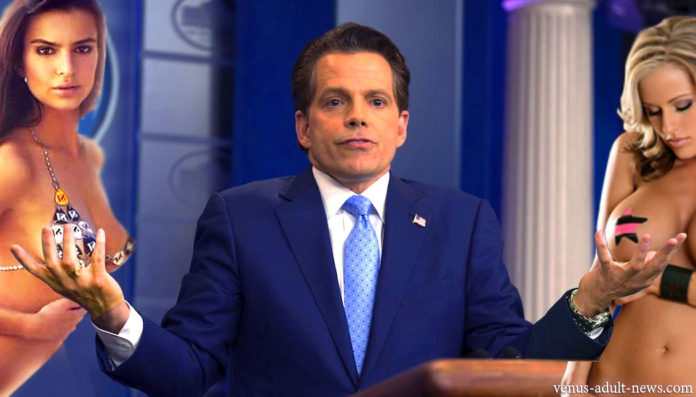 Tim Keneally reports for The Wrap: »This might be an opportunity for Anthony Scaramucci to put that salty tongue of his to its proper use. The ousted Trump communications director, who was given the heave-ho Monday after 10 days on the job following the publication of a profanity-laden New Yorker interview, has been offered a new gig, with adult-entertainment company CamSoda.

In a letter to Scaramucci on Monday, Darren Press, vice president of CamSoda — billed as “one of the leading adult entertainment webcam platforms in the world” — extended an offer to serve as CamSoda’s communications director.

“I want to extend my condolences for being relieve of your duties as communications director. We really appreciate your direct and colorful language and I would like to officially extend an offer for you to work for CamSoda in a similar role — serving as CamSoda’s Communications Director,” Press wrote.

This would be no penny-ante gig, Press added, noting that it was prepared to offer Scaramucci “up to $500,000” for his efforts.

“Similar to your previous role, you’ll be required to give daily press briefings on an assortment of topics ranging in material — everything from the positives of safe sex to the best positions for people to try to even a quick rundown of upcoming shows that will be offered on our platform, touting the impressive roster of models we have,” Press wrote. “Before you dismiss this offer, consider that we receive millions of visitors each and every day and your broadcasts will be viewed by fans spanning not just the entire country, but also the entire globe. In return for your service, we will compensate you up to $500,000.”

“If interested, we can flesh out the specifics and set up an office at the CamSoda headquarters,” Press concluded.

As of this writing, Scaramucci had not yet responded to the offer, a CamSoda spokesman told TheWrap.

Maybe the Mooch is just trying to wrangle his old colleague Steve Bannon to come aboard too — according to Scaramucci, Bannon has a very particular set of skills that might come in handy in the adult industry.«