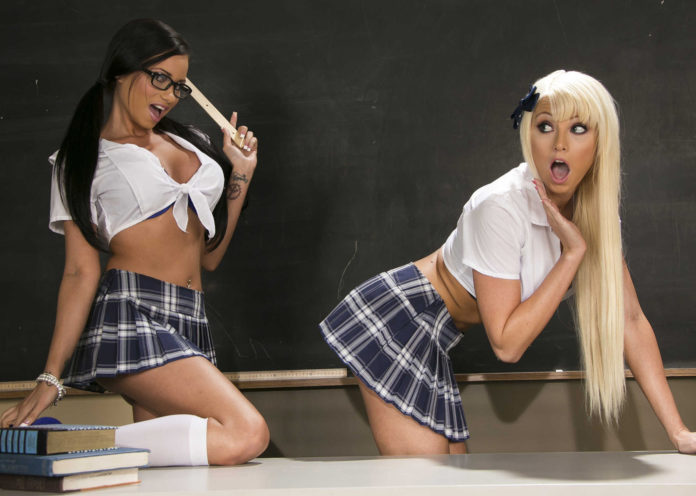 The Daily Beast Reports: “The most popular search term on the internet for pornography is “teen”—even though, in most states, adults shouldn’t be having sex with anyone under the age of 18, leaving only two legal years. This speaks volumes about human sexuality and the way that men interact with women: Why do we, as a society, harbor such a sick obsession with not just youth, but what we consider youthful women? Why is fucking an 18-year-old a fetish? Why do you want a “barely legal” girl?

Men often try to excuse their desire for barely-consenting-age women under the guise of human nature—namely, our innate instinct to reproduce. The issue with that argument is that a woman’s childbearing ability doesn’t peak until between the ages of 22-26, so the reproduction case doesn’t really stand when it comes to lusting after teens. Another theory for why men desire too-young girls is the anxiety of aging. An older man may feel uncomfortable or inadequate with themselves—specifically their sexual performance—and are able to feel superior in situations with someone with less life experience (teenagers are significantly more impressionable than even twentysomethings). This desire to have authority and control over molding another human being that you’re having sex with is toxic, to say the least.

Most teenage-themed pornography is as follows: a male authority figure catches a female subordinate doing something her character shouldn’t be, prompting the female actress to have something come over her (for lack of better phrasing), offering to seduce this man in exchange for keeping her secret, not getting her in trouble, you name it. This female subordinate is often a student, babysitter, or friend’s daughter. We create a taboo narrative around these people having sex. This authority-subordinate or association scenario is stimulating because it’s supposed to create yet another layer of forbiddenness on their sexual act—because the consumer wants to feel like they’re doing something wrong.

I believe it’s a combination of predatory behavior encouraged by social conditioning: men are often demonized and ostracized for deviating from acceptable gender norms and discouraged from seeking help or expressing feelings. Society and media have an obsession with simultaneously sexualizing and infantilizing women. This infantilization of women is seen in every available medium, and as women age, the representation of people they can relate to in media diminishes extensively. Advertisements sell us on anti-aging material and youthfulness is not just praised—it is mandatory. So it’s not terribly surprising to see this practice in pornography as well.