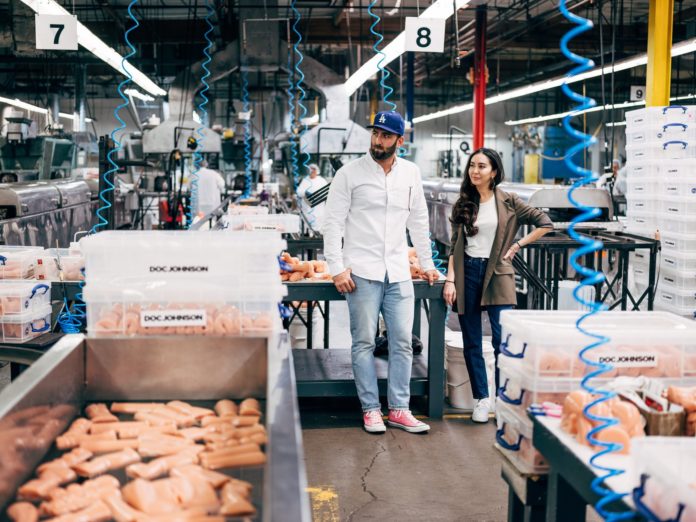 Doc Johnson was founded in 1976 by Ron Braverman when he bought a rubber manufacturer and quickly turned it into a sex toy company. Back then customers still bought the sex toys at the back of adult bookstores and were mostly ashamed of their shopping.

40 years ago Ron Braverman was slightly secretive about his work and his son Chad grew up not knowing what put the good on the family’s table. He said: »It was this big mystery no one ever talked about, what my dad was making. For a long time I just thought he was in the Mafia.«

Over the years Chad slowly became aware of the nature of his dad’s business. »Sure, people used to joke about it. Does your dad really make rubber penises? But then by the time I was in college, it suddenly flipped, and it made me the coolest person around.«

Since then, Doc Johnson has developed products as diverse as the Pocket Rocket, Rabbit-style vibes and award-winning sex toys like the TRYST and the OptiMALE Rechargeable Vibrating C-Ring. The patented Vac-U-Lock is a harness and plug system for innovative  strap-on play, »offering fully adjustable harnesses built for comfort and superior control coupled with a proprietary plug designed to hold insertable toys perfectly in position and allow for endless custom options«.

Today Doc Johnson is one if not the largest maker of sex toys and it made the family owning it – now in a second generation – quite wealthy. Chad and his sister, Erica, are leading the company from a bureau building in North Hollywood.

They don’t have to fight against the same stigma their father was up against. The Los Angeles Magazine even called their company »the Procter & Gamble of sex toys«. The New York Times describes the offices as more in tune with a young start up than with a brick and mortar company 40 years in the business. That’s the business, the marketing part of the company. But there is another side to this sex toy behemoth as unlike their competitors the Bravermans are still producing 75% of their products in the USA.

With the surge in popularity for sex toys came also a shift in the way the Bravermans see their company. »We now look at what we’re doing as being about creating an experience, like entertainment,« said Braverman. Brands become more and more important, design, lifestyle begin to overshadow the sheer function of the product. While this creates challenges for an established company like Doc Johnson the Bravermans seem to be well prepared and well aware of that shift. They see it as a chance to tap into new, diverse and every growing target groups of potential customers. 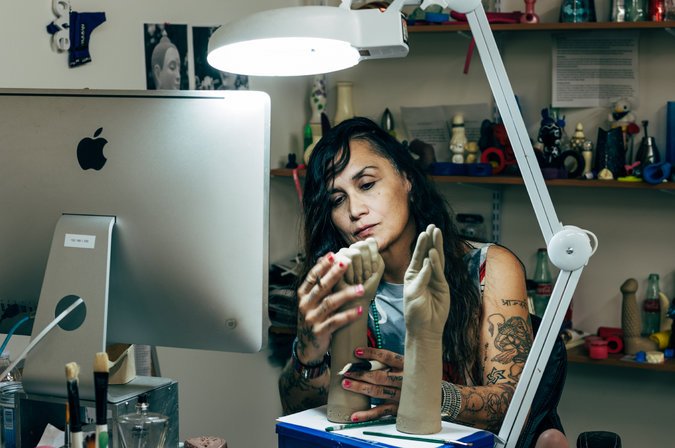 Doc Johnson’s products are omnipresent and being sold in more than 7,500 stores. The huge expansion would not have been possible without the mainstreaming of sex toys in the mass media. But before that there was the groundbreaking work by feminist sex shops like Good Vibrations and Babeland. Stores like that pathed the way towards sex toys as life style products. By now, these products left their niche and are being sold at supermarket chains like Walmart as well as at Amazon.

Nearly 20 years ago the Rabbit’s appearance in the HBO series »Sex and the City« was provocative and risky, today the whole approach is different. Lovehoney and the Comedy Central series »Broad City« formed a partnership to market and sell a sex product line.

Erica Braverman is responsible for Doc Johnson’s marketing. »Sometimes even people in the industry for decades don’t realize how accepted sex toys now are. I’m 29, and it’s pretty amazing to me how far feminism has come, that it’s considered cool now for women to take control of their own pleasure and fun.«

Unlike her older brother she grew up aware of what her family’s business was and is: »When I went to college and told people I’m in the family business, no one blinked an eye in a negative way. It was more like, ‘OMG, what about Christmas? My birthday is coming up. What am I going to get?«