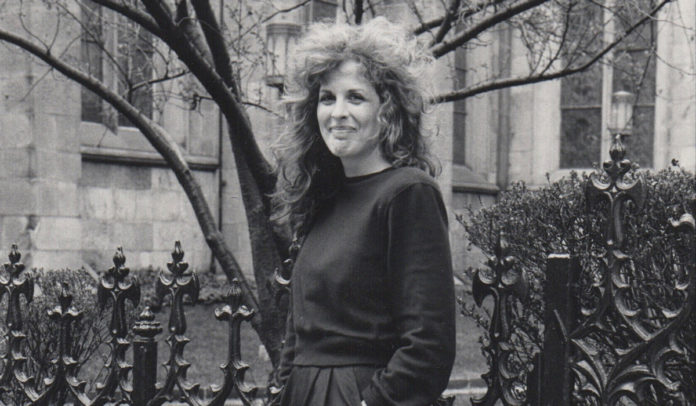 Cynthia Heimel’s funny and confessional writing style featured in her bestselling book »Sex Tips for Girls« (1983) became a cultural staple and paved the way for a whole generation of dating and sex tips authors and mainstream successes like Sex and The City and Lena Dunham’s Girls.

While Heimel always tried to point out that she was a comedian and humorist and not so much a sex expert, people took her advice. Her influence on comedians like Lena Dunham and Amy Schumer cannot be overstated.

Comedian and author Emily Prager said to the New York Times: »I used to say about Cynthia’s writing, and her being, that she had the soul of Janis Joplin in the voice of Hedda Hopper. She was a voice for liberation with manners, freedom without regret and the blues with a grain of salt.«

The influential critic for the New York Times, Stephen Holden said about Heimel: »Like Dorothy Parker, Ms. Heimel is an urban romantic with a scathing X-ray vision that penetrates her most deeply cherished fantasies.«

Next to her books Heimel also wrote as a columnist for magazines like The Village Voice and Playboy. She was open, sometimes profane and blunt, and like many of her later day incarnations on popular television always on the lookout for Mr. Right or a one night stand

Cynthia Heimel was born Cynthia Joan Glick in Philadelphia on July 13, 1947.  Her father was a pharmacist and her mother worked as a secretary at the Temple University School of Medicine. After graduating from high school she left home and lived as a hippie in Philadelphia. Eventually she moved to Manhattan.

Ms. Heimel started her career at The Soho Weekly News and quickly moved up in the editorial team. While going back and forth between The Soho Weekly News and Penthouse she was discovered by the influential magazine The Voice. Her mock advice column was at The Voice was called »Problem Lady«. Next to The Village Voice and Playboy, Heimel also wrote for The Daily News, New York Magazine and Vogue.

»Sex Tips for Girls« published in 1983 made her famous. The book consisted to a large part of her columns written for The Village Voice. In an interview with Salon in 2002, Heimel said about her approach: »I was thinking, ‘O.K., I have to write cleanly,’ and so I made it all jaunty and cheerful and made sure not to be slimy or weird and not salacious. It was sort of like nursery school writing.«
Her first book was followed by »But Enough About You« also foreshadowing the ascent of irony in the cultural talk about sex. Heimel went on to adapt both books into a play called »A Girl’s Guide to Chaos« which got an Off-Broadway run in 1986, managed to draw good reviews and then was also staged in Chicago and Los Angeles.
Cynthia Heimel’s books remained a staple through the early 90s: »If You Can’t Live Without Me, Why Aren’t You Dead Yet?« was published in 1991 and quickly followed by »Get Your Tongue Out of My Mouth, I’m Kissing You Goodbye!« and »If You Leave me, Can I Come Too?« (1995). While the first books draw their material from her column at The Village Voice these books largely consisted of her long-running column in Playboy Magazine.

In later years she made comments revealing doubts about her work for Playboy. She »was in the missionary position at Playboy, holding high her feminist credentials amongst the stampeding bunnies.«

Ms. Heimel died last Sunday in Los Angeles after getting diagnosed with dementia and battling depression in recent years. She leaves behind her son and a sister, as well as four grandchildren.