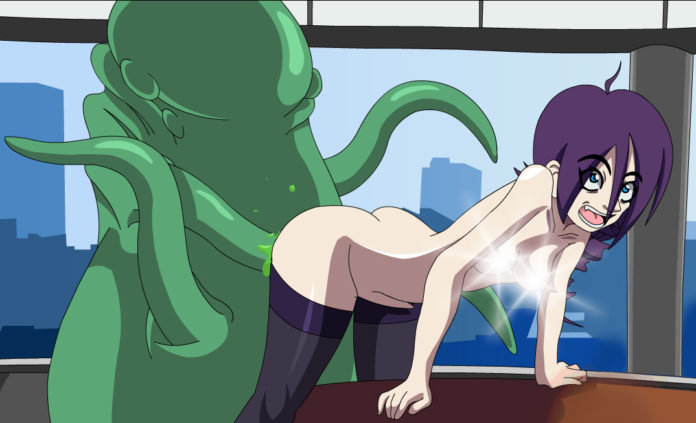 Kurt Eichenwald, who is also a contributing editor at Vanity Fair, posted an image of an anti-Semitic flyer on Twitter on Wednesday after he “mean-tweeted” Fox News host Tucker Carlson earlier in the day, attacking his ratings. But when Eichenwald tweeted an image of the flyer to prove its authenticity, he also exposed his apparent interest in hypersexualized anime.

@MAX_FETA Yah, crappy photoshop Max. Unfortunately, no, this is what I got today. pic.twitter.com/jmi1U4wLUd

Eichenwald even posted a purported text message exchange with his wife asking her about the incident in an attempt to clear up any confusion, reiterating that his account was not hacked.

News of the gaffe created quite a stir on Twitter, where some users suggested that Twitter CEO Jack Dorsey step in and stop Eichenwald from continuing his explanation, calling it an “emergency” situation. Others said the revelation was bigger news than the UK’s general election or former FBI Director James Comey testifying before Congress, while one blasted Eichenwald’s explanation as the “craziest f—king approach” to crisis management ever.

Eichenwald, for his part, had enough of explaining his side after several tweets.

“I’ve got nothing left to say about this,” he posted Thursday. “Believe what I say or don’t. Think my family has odd conversations (we do) or don’t. So it goes.”

Eichenwald — who lives in Dallas with his wife and three children, according to his blog — made headlines in March after a man was arrested who allegedly sent him a flashing strobe-light message on Twitter that caused him to have a seizure.

Eichenwald said he received the flashing tweet in December after a heated appearance on Fox News with Carlson.«